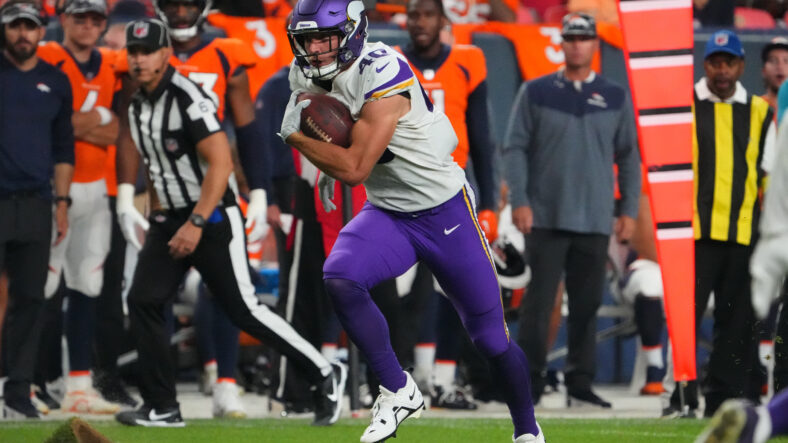 Davidson, 24, was scooped out of the 2021 NFL Draft in Round 5 by former general manager Rick Spielman.

The Bills finalized their practice squad, and Davidson was one of the last pieces to the puzzle.

Ironically, Davidson was “given” to the Vikings by the Bills via the Stefon Diggs trade. In 2020, Diggs culminated his frustration with Minnesota’s run-first offense by departing the Vikings for Buffalo. And Davidson, along with Justin Jefferson, Camryn Bynum, Janarius Robinson, and Kenny Willekes, was a trade component in the swap.

Davidson will also join Case Keenum in Buffalo, who was the Vikings quarterback in the almost-storybook 2017 season. The two were never teammates, but Keenum’s ties to Minnesota are strong, if only because of one season. Keenum is the QB2 to fashionable MVP candidate, Josh Allen.

The Central Missouri alumnus, Davidson, began his career in college as a punter. After redshirting his freshman year, he ranked second in the country with 44.3 yards per punt. In his second season, he played both positions, punter and tight end. Davidson broke out as a tight end amid his junior year when he caught 40 passes for 894 yards and 15 touchdowns. He was named First-Team All-MIAA at both positions and First-Team All-American in Division II.

His 6’7,″ 245 lbs frame made him an intriguing prospect for the Vikings, which will now extend to Buffalo for development. Davidson also possesses freakish-for-a-TE speed, running a 4.6-second 40-yard dash during the lead-up to the 2021 NFL Draft.

Davidson spent all of the 2021 season on the Vikings practice squad. He’s the only TE currently on Buffalo’s practice unit. In Davidson’s stead, Minnesota retained rookie tight end Nick Muse on its practice squad.

The Vikings Top Offensive Performers at Eagles, per PFF