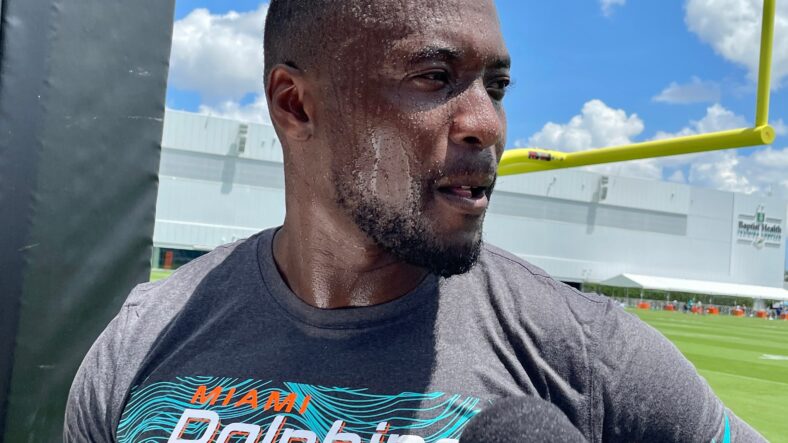 Former Minnesota Vikings CB Mackensie Alexander added his talents to the Miami Dolphins last week, but the on-field union will be short-lived.

Alexander was added to the Injured Reserve list on Tuesday, presumptively signaling the end of his 2022 campaign before it began.

Miami is Alexander’s third stop as a pro, spending five total seasons with the Vikings and a one-year stint with the Cincinnati Bengals in 2020. Alexander turns 29 in November, so he’ll use 2022 to recover and eye a resurgence for his age-30 season in 2023.

Alexander is well-known in the Vikings orbit, participating in 71 games for the franchise, and was selected with 2nd-Round draft capital from Clemson in 2016.

He wasn’t welcomed back, though, by Minnesota in 2022 when a new general manager (Kwesi Adofo-Mensah) and head coach (Kevin O’Connell) took over for Rick Spielman and Mike Zimmer. The 2021 season was daunting for Alexander, who tallied a 41.0 grade from Pro Football Focus. The score ranked last in the NFL among 116 qualifying cornerbacks.

The veteran defender was seeking some performance redemption in Miami, attempting to rectify last year’s down season. The bottom-of-the-league designation wasn’t always the case for Alexander. This is his resume from PFF through six seasons:

The Vikings play the Dolphins in Miami on October 16th, a Week 6 showdown.

Explained: Luke Braun and Bryant McKinnie’s Thoughts on the 2022 Vikings