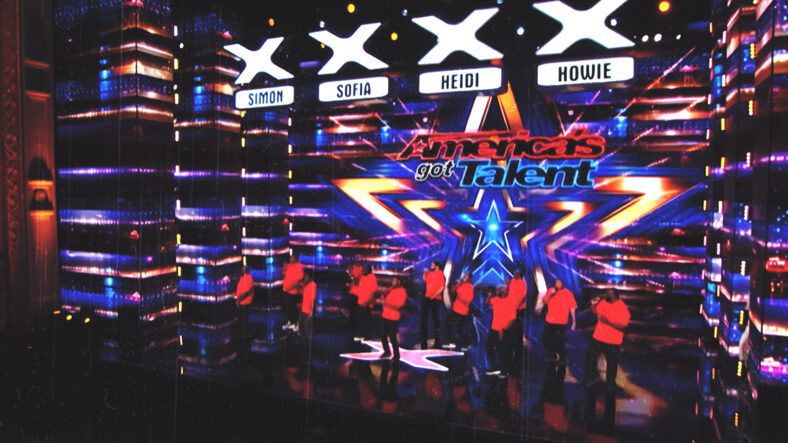 As he did with the Minnesota Vikings in 2009 and Baltimore Ravens in 2012, Bryant McKinnie is moving on to the next round.

But, this time, it has nothing to with football. McKinnie is a part of the Players Choir, a musical group composed of NFL players, past and present. And this week, their skills were showcased on America’s Got Talent.

The choir comprises 12 current and former NFLers, including Bryan Scott, Isaiah McKenize, and McKinnie, among others. On the stage at America’s Got Talent, the ensemble sang Lean on Me, a classic Bill Withers track from 1972.

AGT judges Heidi Klum, Sofia Vergara, and Simon Cowell voted ‘yes’ on the Players Choir performance of the Withers song, meaning the group advances to the next round of the show.

The Players Choir originated in 2008, singing each year at the Super Bowl Gospel Celebration. The group, overall, has more than 60 current and former NFL players. Only a select few were summoned for AGT, though.

McKinnie played nine seasons for the Vikings. He was at the peak of his powers in 2009 when the Miami alumnus was selected for the Pro Bowl. Incidentally, the Vikings were just moments away from a Super Bowl that season, but a late-game interception from Brett Favre prevented a date with Peyton Manning’s Colts in Super Bowl XLIV.

The Vikings and McKinnie severed ties in 2011 as the left tackle landed with the Baltimore Ravens. There, with teammates Ray Lewis and Ed Reed, McKinnie won a Super Bowl over the Colin Kapernick-led San Francisco 49ers.

McKinnie finished his career with the Miami Dolphins.

AGT airs Tuesdays at 8 p.m. on NBC. The Players Choir has a chance to win $1 million.

You can listen to McKinnie every Wednesday on his podcast Bleav in Vikings.

About That 16-Win Season for Vikings