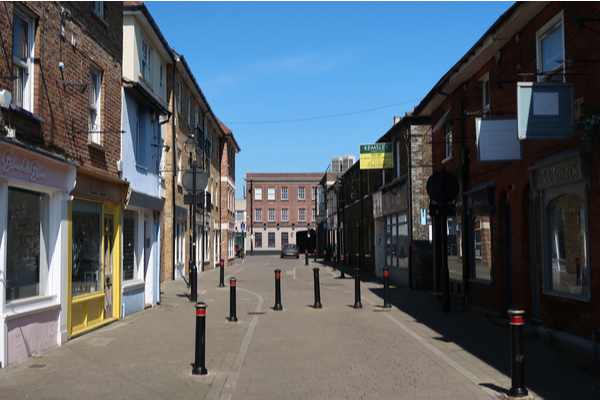 // As many as 58,000 empty high street units could be brought back into use by a new Governement proposal, analysis from onward suggests

// The report estimates that there are as many as 13,200 empty high street units in Northern England and 9,000 in the Midlands

Forcing landlords to rent out empty high street shops could bring up to 58,000 premises back into use, new analysis from a think tank has said.

Based on analysis of data from both the Office for National Statistics and the Local Data Company, the new report, published this month by the centre-right think tank Onward estimated that there are around 58,000 empty high street stores across the UK.

In the North, there were almost 13,200 empty high street shops, only slightly less than the 13,500 empty premises in London despite the North having fewer shops overall.

“Auctioning off empty units for the benefit of start ups, community groups and charities would transform the face of high streets up and down the country,” said Will Tanner, director of Onward.

Onward argues that granting local councils the power to lease empty shops, even if the landlord cannot be found or refuses to engage with the process, is necessary given that vacancy levels are consistently higher than they were before the 2008 financial crisis.

Tanner said the figures demonstrated the impact that Government proposals to hold compulsory rent auctions could have.

The proposals would give councils the power to hold a rent auction where a town centre shop had been empty for more than a year.

The landlords of the property would still be able to choose the winning bid, but would have to accept one, forcing them to bring the premises back into use.

Tanner, who was one of Theresa May’s Downing Street advisers, said: “Empty shops are a blight on high streets right across the country. They aren’t only a very visible sign that the local economy is in dire need of levelling up, they are also a blow to civic pride.

“Any tenant is better than no tenant at all so the Government is right to be taking steps to address this problem by forcing commercial landlords sitting on vacant shops to make them available to the community.”

Dobbies switches from Sainsbury’s to Waitrose for foodhall partnership