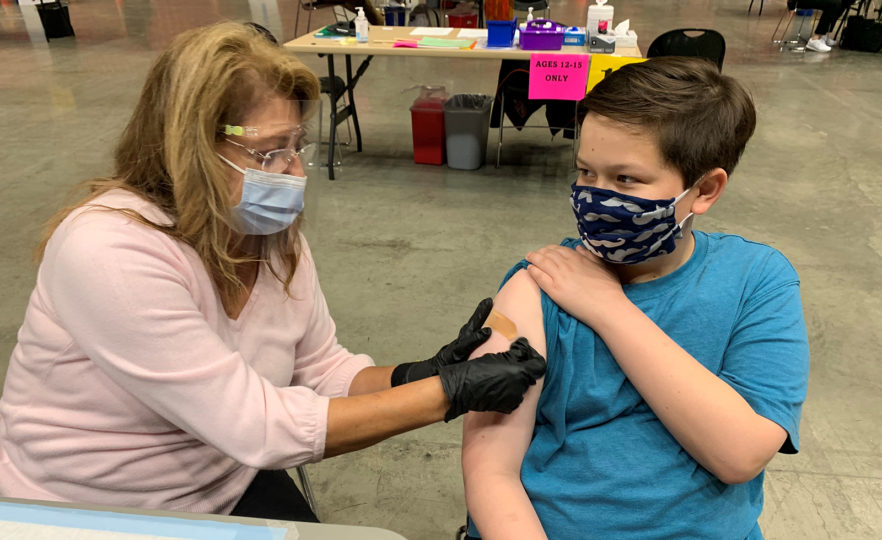 Since the beginning of August, public comment during County Board of Supervisors and San Diego City Council meetings has seen more and more residents calling on elected officials to end the local state of emergency that was put in place at the beginning of the pandemic.

Those going before decision-makers say that the threat of COVID-19 is no longer there, instead asserting that the vaccine should be at the center of concern regarding severe illness — not the virus itself.

These, mostly anti-vaccination advocates, have been using data from the county on loss of life to back up their claim, arguing that issues with the vaccine’s safety and effectiveness are illustrated by figures suggesting that vaccinated and boosted individuals have accounted for the majority of the deaths over the last few months.

An inewsource analysis shows such rhetoric is untrue: Unvaccinated individuals have had the highest death rates this year, so far.

Public health experts stress that context, such as population size, are important factors to consider when interpreting available county data.

“Data can be manipulated in a lot of different ways and data without context can be especially difficult to interpret,” said Dr. Michael Gisondi, vice chair of education for the Department of Emergency Medicine at Stanford University.

Read the full article on inewsource.org.

Get investigative reporting in your inbox. Sign up for inewsource’s newsletters.

The Difference Between Differing Site Conditions And Superior Knowledge

Uncertainty Ensues Around Sale of Delta-8 THC in Virginia

Suspect Named and Re-Arrested in Fatal Ramona Shooting of Neighbor