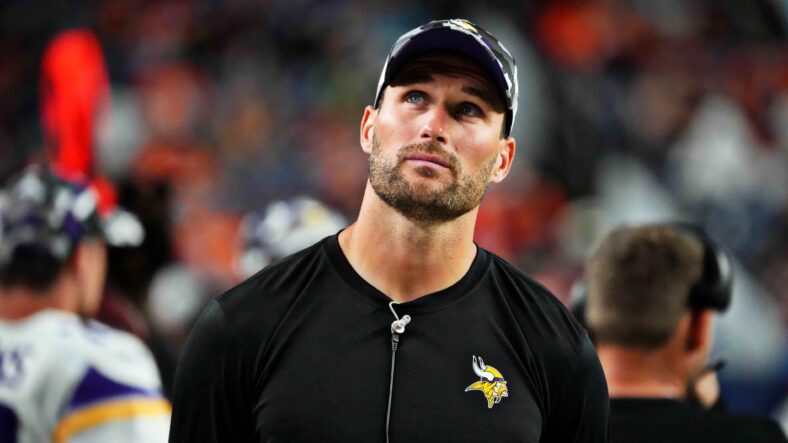 Rosenfels predicted an “Osweiler” trade that never happened, nor did anything remotely close to it occur. Minutes before the failed prophecy, he also sharpened longstanding criticisms aimed at Cousins.

A frequent critic of Cousins, Rosenfels renewed his reservations about the Vikings quarterback after the team fell to the Philadelphia Eagles on Monday Night Football this week. Rosenfels declared Jalen Hurts as a superior quarterback to Cousins while illuminating the pay gap between the two.

Hurts is an affordable commodity because he’s playing on a rookie contract and is ineligible for an extension until 2024. Cousins is in his 11th NFL season, and his rookie deal expired in 2015. The Vikings do not have the option to pay Cousins $1.6 million per year, but they did have the choice to re-up for his services during the spring. And under a new brand of leadership, led by general manager Kwesi Adofo-Mensah, Minnesota did just that. Osweiler trade be damned.

Rosenfels is likely aware of the rookie-contract structure in the NFL, so his latest critique of the Cousins experience in Minnesota is a bit perplexing. If one is to use rookie deals versus veteran contracts as the arbiter of front-office intellect, the Buffalo Bills would be considered silly for acquiring Stefon Diggs in 2020 when it could have “easily” drafted a cheap wide receiver in the 2020 NFL Draft.

Of course, it is not easy to hit on a rookie quarterback or wide receiver, so the Bills chose a sure thing in Diggs, like the Vikings did this offseason with Cousins. The team also released quarterback Kellen Mond — who was on a rookie contract — at the end of August.

Curiously, Rosenfels tweets about Cousins after Vikings losses, or in the January situation, when the team is undergoing upheaval. Scour his Twitter feed after a 3-touchdown performance from Cousins, and it’s utter silence.

Rosenfels has also used “quarterback record” as a metric to adjudicate Cousins in the past.

So, while speaking without players’ names in his tweet, Rosenfels seems to be endorsing an end to the Cousins era in Minnesota — and drafting Jalen Hurts 2.0 in an undisclosed, upcoming NFL Draft.

It is unclear what he believes teams should do after a rookie quarterback’s contract expires. They’d evidently pay the man — like the Vikings do for Cousins — or re-use rookie quarterbacks for the sake of constant affordability.

The 4 ‘Now or Never’ Storylines for Vikings Final Preseason Game

The 3 Most Influential Events of the Spring for Vikings