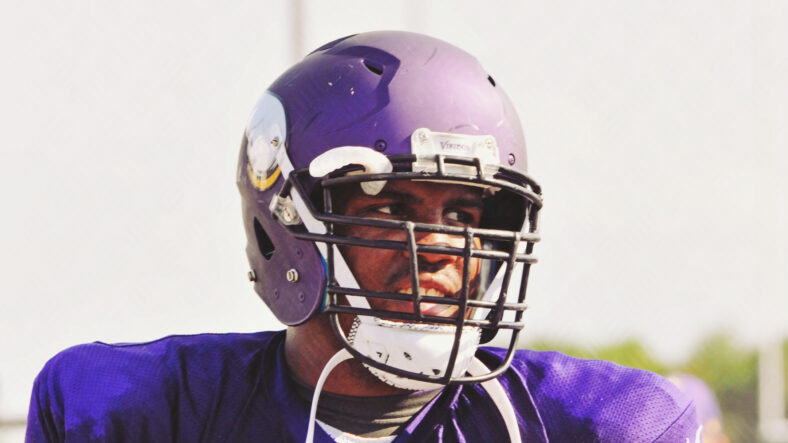 Are you ready for a name representing a blast from the past?

Willie Beavers. He signed with the Washinton Commanders on Tuesday, hoping to catch on for the regular season with a team for the first time since 2016.

Beavers hasn’t been out of the league for six years. He just hasn’t made it to a regular season roster since Sam Bradford’s first season with the Vikings. For the last two years, Beavers lived on the Atlanta Falcons roster, albeit on the practice squad.

The 28-year-old is memorable to Vikings fans for a couple of reasons: a) He shares a name with the dam-building animal b) Back in 2016, Beavers was theorized as a possible starting solution to the Vikings longstanding offensive line problem.

Obviously, Beavers did not pan out as a starting tackle — and Minnesota never really fixed the aforementioned OL pass-protection problem either. Still, the man has been around the NFL for seven seasons now while playing just 11 regular-season snaps altogether. His career resume is about as topsy-turvy as it gets:

Twenty-three transactions later, Beavers will once again try and catch on with a team when the 53-man roster is announced, this time with the Washington Commanders.

Although his playing-time resume is sparse, Beavers seems to have interchangeability from tackle to guard. For now, he’s slated as a reservist tackle on the Commanders depth chart by various sites. Because Washington doesn’t have a plethora of tackles on the roster — it has five on the roster as of June 15 — Beavers has a semi-reasonable chance to make the 53-man roster cutoff this September.

Washington employs another former Viking at QB2, Taylor Heinicke, who was demoted to a backup when the organization traded with the Indianapolis Colts for Carson Wentz in March.

The Vikings play the Commanders on November 6th at FedEx Field, marking Kirk Cousins’ first appearance in the nation’s capital as an opposing quarterback.

The Vikings Current Roster after 2nd Wave of Cuts