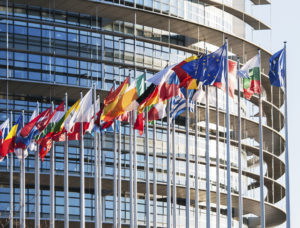 The adopted position would mean that financial institutions fall under the remit of the regulation, requiring them to conduct additional due diligence on both established and new customers. On 13 September 2022, the European Parliament voted to adopt its position in relation to the European Commission’s proposed regulation on deforestation-free products. The European Parliament’s position would widen the scope of commodities and products covered by the regulation, and subject financial institutions to additional due diligence requirements to ensure that their activities do not contribute to deforestation.

The Commission’s proposal on deforestation-free products was initiated in response to the EU Communication (2019) on stepping up EU action to protect and restore the world’s forests, which set out the Commission’s five priorities in relation to deforestation, including reducing the footprint of EU consumption on land and encouraging the consumption of products from deforestation-free supply chains in the EU. The commitment in the Communication to “increase supply chain transparency and minimise the risk of deforestation and forest degradation associated with commodity imports in the EU” was subsequently confirmed in the European Green Deal, and the Commission’s proposal therefore forms an integral measure to deliver on some of the objectives of the European Green Deal.

As a cornerstone of the proposal, the Commission would prohibit placing on, or exporting from the EU market, those commodities identified as drivers of deforestation — beef, palm oil, soy, wood, cocoa, and coffee — and other relevant products (i.e., those that contain, were fed, or made with any of the foregoing commodities) unless those commodities or products are “deforestation-free”. The European Parliament has instead proposed a broader definition of deforestation-free; where the relevant commodity or product has not been produced on land which has been subject to deforestation, or induced or contributed to forest degradation or forest conversion after a cut-off date of 31 December 2019 (as compared to the Commission’s proposed later cut-off date of 31 December 2020). Also, the European Parliament has proposed that the regulation cover additional commodities, including meat from swine, poultry, sheep, and goats, as well as rubber and maize “due to their impact on global deforestation”, and products, including charcoal, and printed paper products.

Operators and traders would need to accompany products placed on, or exported from, the EU market with a due diligence statement, and would need to establish due diligence procedures designed to provide access to information regarding the sources and suppliers of the relevant commodities and products. To facilitate due diligence and risk assessment, the regulation would establish a benchmarking system classifying countries as at low, standard, or high risk of producing “non-compliant” commodities and products.

The Commission’s proposal was not designed to specifically target the financial and investment sectors on the basis that requirements under existing or previously proposed initiatives — including the EU Taxonomy Regulation, the Corporate Sustainability Reporting Directive, and the Corporate Sustainability Due Diligence Directive — were sufficient to address the deforestation impacts of these sectors. However, the European Parliament considered that all financial institutions’ banking, investment, and insurance activities should fall within the remit of the regulation. Financial institutions would only be able to extend financial services once they had concluded that there was “no more than a negligible risk” that their services could directly or indirectly support activities leading to deforestation, forest degradation, or forest conversion. Financial institutions would also be required to conduct due diligence on their clients, and obtain information on:

The European Parliament will now negotiate its adopted position on the regulation with the European Council and Commission. Once that negotiation process reaches an agreed outcome, the regulation will be published in the Official Journal and will be directly binding on EU Member States.

Latham & Watkins will continue to monitor developments in relation to deforestation regulation in the EU and globally.

This post was prepared with the assistance of Victoria Mah in the London office of Latham & Watkins.

ESMA updates Q&As on the implementation of the CSDR

Ready to Eat Meat recalled due to Listeria