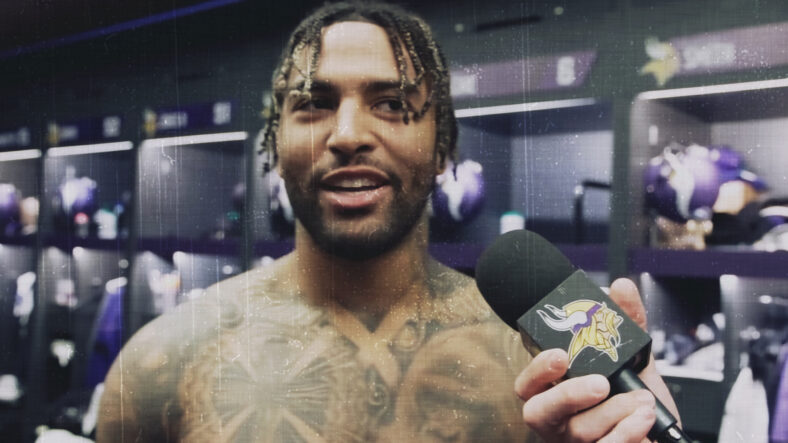 The Detroit Lions should add a cornerback. The Chicago Bears ought to sign some offensive line depth. The Green Bay Packers need to contractually wrap up their 2019 draft class.

Those are the remaining offseason recommendations by ESPN for other NFC North teams not named Minnesota Vikings. The advice for the Vikings? “Get the most out of tight end Irv Smith Jr.”

And while the advice from Field Yates is sound — of course, the Vikings want to maximize their young tight end — the recommendation falls in an obvious category.

Yates, detailing a final move every NFL team should make this summer, said about Smith Jr. and the Vikings this week, “The Vikings’ depth chart is not stocked at tight end, with Smith set to be the unquestioned starter after splitting time when he was available over the past three seasons. Smith represents untapped potential, as his college tape suggested a player who could be a viable starter at a critical position in the NFL.”

The Vikings have every indication on the docket to use Smith Jr. in 2022. The Alabama alumnus missed the 2021 season because of a torn meniscus. But now, in a contract year, Smith Jr. must finally break out as a 2nd-Round pick and secure his financial future.

The eventual usage of Smith Jr. is elementary, as the Vikings don’t really have a viable contingency plan on the roster if Smith Jr. is hurt again. Some free agents like Kyle Rudolph, Jimmy Graham, and Eric Ebron are available, yet on the roster now, Minnesota would pivot to Johnny Mundt, a free agent from the Los Angeles Rams, for TE1 duty in case of emergency.

Surf the internet for any amount of time, and one will find the rest of the world believes in Smith Jr. finding his footing in 2022, too. Fantasy managers everywhere forecast a big season from the 23-year-old, specifically because Minnesota’s new coaching staff won’t run the ball like the last regime — and Smith Jr. is just flat-out athletic. If he’s going to blossom into a star, now is the time.

There’s certainly nothing wrong with Yates suggesting the Vikings should get the most out of Smith Jr. It’s just kind of a “duh” theory.

To date, Smith Jr. has caught 66 passes for 676 yards and seven touchdowns. When healthy in 2019 and 2020, he was the 29th most-targeted TE in the NFL. That workload would’ve been enhanced in those two seasons, but longtime tight end Kyle Rudolph still commanded the lion’s share of TE attention in the Vikings offense.

Ethereum’s Arbitrum to Be Used by Norwegian Government, Here’s How

Looking Back at the Vikings Memorable 2009 Season

The 4 Main Training Camp Battles to Watch for Vikings