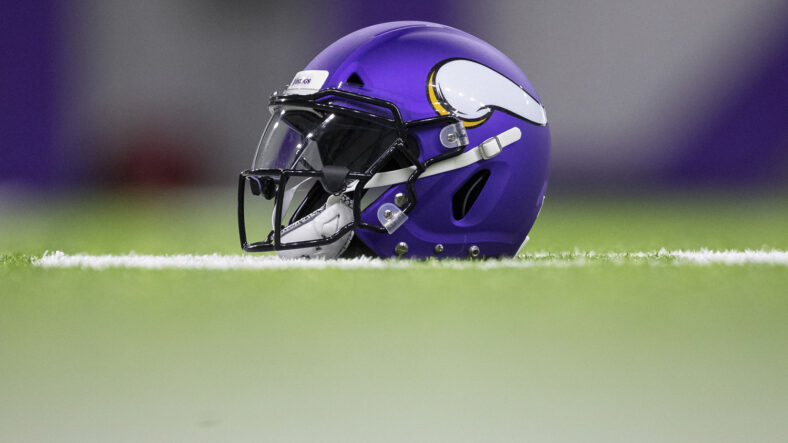 The good news? The Minnesota Vikings are considered one of the NFL’s 14 Super Bowl contenders in 2022 by ESPN. The bad news? The team’s Achilles’ Heel, described in the same contender announcement, is comically predictable.

Indeed, ESPN’s identified the league’s true-blue contenders — and their weaknesses. For the Vikings, it’s the offensive line that causes heartburn.

Assigned Minnesota a 54.4% playoff probability, the Vikings are sitting pretty with the group of 13 other Super Bowl-contending teams. The inclusion is noteworthy because, throughout most of the offseason, NFL pundits aren’t terribly high on the Vikings aside from a few “sleeper” nominations. For example, after the NFL draft in April, NFL.com called Minnesota the 22nd-best team in the sport. And the roster hasn’t changed much in three months.

The Vikings presence in “Barnwell’s Top 14” does mirror ESPN’s Football Power Index, though. That metric credits Minnesota with the NFL’s 13th-best roster. Of course, with the offensive line, Barnwell wasn’t impressed. “Same as it ever was for the Vikings, who have seemingly been attempting to solidify their offensive line for most of the past decade,” he wrote.

Thankfully for the Vikings sake, 2022 doesn’t necessarily have to be a broken record when the regular season begins. Most of Minnesota’s woes are derived from pass-blocking and, in particular, the line’s interior. Center Garrett Bradbury enters Year Four of his career as a culprit for many of the team’s pass-blocking problems since 2019. But, last week, new head coach Kevin O’Connell affirmed the job is up for grabs, enlightening fans that center position could be won by Bradbury, free-agent acquisition Chris Reed, or someone else.

Moreover, the right guard spot is “fluid,” too, for the starter’s identity. O’Connell told reporters at training camp on July 30th, “As far as the right guard position, everything is still very, very fluid with a lot of guys competing in the interior of our offensive line right there. And they’ve all put themselves in a position, and rightly so, to get reps and truly be evaluated.”

During six of the last seven seasons, the Vikings have finished 27th or worse via Pro Football Focus’ pass-blocking grades. For the taboo trend to continue, it would have meant that Chris Reed, Jesse Davis, Ed Ingram — and an entirely new coaching staff — still couldn’t solve the dilemma.

The other NFC teams listed as contenders by Barnwell? Buccaneers, Eagles, Cardinals, Cowboys, Packers, and Rams.

For Preemption, “Newly Acquired” Does Not Mean “By Plaintiff”

All the Vikings News: September 6