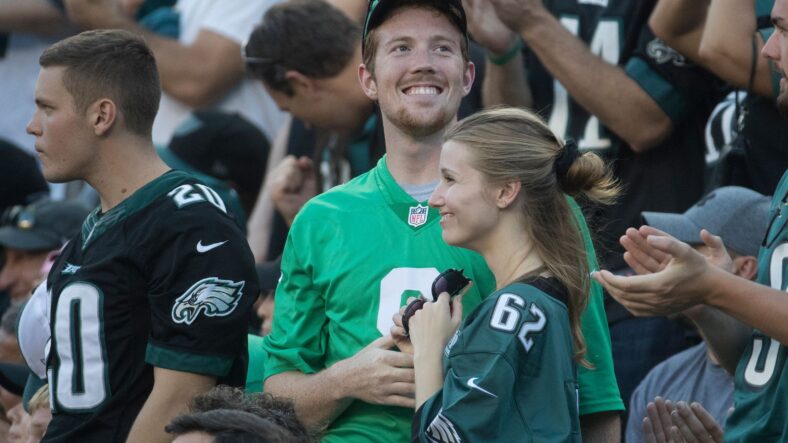 Minnesota Vikings fans may have newfound and optimistic hope that the franchise can take care of business in Philadelphia, but ESPN’s FPI metric isn’t buying it.

The Vikings and Eagles showdown on Monday Night Football for a chance to join the New York Giants and Tampa Bay Buccaneers as the NFC’s only remaining undefeated teams.

ESPN describes the FPI metric this way, “The Football Power Index (FPI) is a measure of team strength that is meant to be the best predictor of a team’s performance going forward for the rest of the season. FPI represents how many points above or below average a team is. Projected results are based on 10,000 simulations of the rest of the season using FPI, results to date, and the remaining schedule.”

And according to that criteria, Minnesota has just a 34% chance to poach the Eagles on Monday. The Eagles are expected to win by 4.7 points, per ESPN FPI.

Per the FPI ranking system, the Eagles are the NFL’s 9th-best team as of September 18th, whereas the Vikings check in two spots below at 11th. So, for the 4.7-point variance, Minnesota may merely be a victim of homefield advantage as the teams are not worlds apart.

The Eagles gashed the Detroit Lions on the ground in Week 1, tabulating 216 rushing yards and 4 touchdowns from Miles Sanders, Kenneth Gainwell, Boston Scott, and Jalen Hurts, the quarterback. And, oh, by the way, Philadelphia fed newly-acquired wideout A.J. Brown for a casual 155 passing yards, indicating its offense has dual-threat capability. The Eagles beat the Lions 38-35.

On offense, Justin Jefferson authored the best game of his career, snatching nine balls out of the air for 184 receiving yards and two touchdowns. Dalvin Cook registered 108 yards from scrimmage, nearly feeling like a footnote as the Vikings showcased a pass-first, aggressive approach arguably for the first time since 2010.

Whichever teams waltzes into Tuesday morning with a 2-0 record shall join the Buccaneers as the NFC’s temporary frontrunners to reach the NFC Championship. The “other” contenders in the NFC — Packers, 49ers, Rams, and Cowboys — have all suffered a loss early in 2022.

McGeorge School of Law’s vast alumni network in Reno, Nevada attracted me to the school

Key Defender for the Chicago Bears Is Absent from Minicamp

The Vikings Contingency Plan at Center