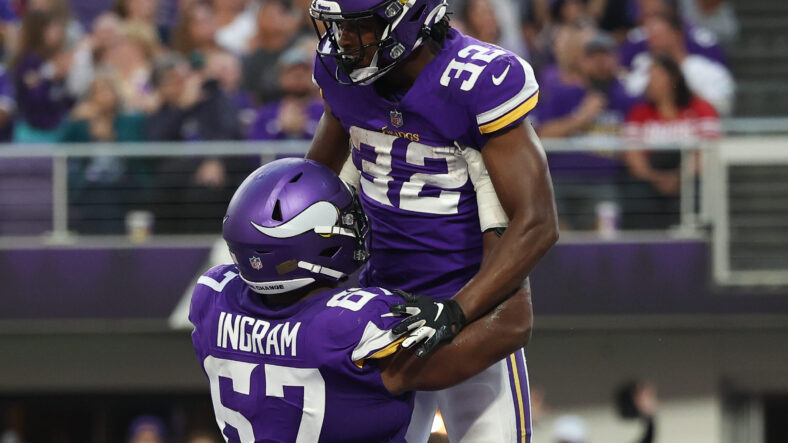 The Minnesota Vikings haven’t had a winning record in 987 days. They have a chance to change that on Sunday, taking on the Green Bay Packers to kickstart the Kevin O’Connell era.

With the season beginning, these are five Vikings predictions for the 2022 season. Get your bookmarks out and Freezing Cold Takes links ready.

1. Jalen Reagor Is More Than a Gadget Returner

Here’s the deal: Between Justin Jefferson, Adam Thielen, and K.J. Osborn, someone will miss games to injury. And when that happens, Reagor will become a more frequent target in the Vikings passing game.

Kwesi Adofo-Mensah didn’t trade for Reagor — and release Ihmir Smith-Marsette — just for a shiny punt returner. Reagor gets a crack at career reclamation inside an offense that will embrace him.

Kirk Cousins has a lengthy history — especially in Washington — of making mid-tier pass-catchers productive. Reagor has the talent to transcend “mid-tier,” and Cousins will tap his skillset.

2. Ed Ingram Is the Story of the Vikings Rookie Class

Teetering on Captain Obvious territory, Ingram emerges as a marvelous right guard after Minnesota suffered years-long woes at the spot. By the end of December, Vikings fans will say, “Remember when we’d enter a season with Dakota Dozier and Dru Samia and think it might work?”

He won’t quite be Pro Bowl, but Ingram will stand out more than Andrew Booth, Lewis Cine, and Brian Asamoah among rookies.

3. The Kirk Cousins “Controversy” and Debates Simmer Down

For the first time in a Vikings offense, Kirk Cousins steps foot in a pass-first arena. It only took four years.

Statistically, Cousins will be similar to 2018-2021 output, tossing his customary 30+ paydirts with 8-14 interceptions. But it will feel different because Minnesota maintains a winning record throughout the regular season. That’s all Cousins needs for fans to cut him slack — win more damn football games than you lose.

Joseph already shattered this record in Denver’s thin air two weeks ago, but it didn’t count because of the preseason parameter.

Early on in the regular season, Joseph will boot a field goal over 56 yards, and he will own the purple record. The longest field goal distinction currently belongs to Blair Walsh and Paul Edinger, who both drilled 56-yarders.

Joseph conquers the Vikings record, and he might even break his own as the season wears on.

For all the marbles, Minnesota returns to winning football, thanks to the brain of Kevin O’Connell and a defense that no longer collapses in the final two minutes of halves.

The offensive line won’t be perfect, but it will be noticeably improved compared to 2018, 2019, 2020, and 2021. And that’s all this group of Vikings needs — decent OL performance, a defense not hellbent on vomiting with the game on the line, and abstinence from stretches of vanilla offensive playcalling.

The season will feel markedly different from the end of the Zimmer era, propelling the Vikings to a respectable winning record, a playoff berth, and optimism jetting into 2023.

The Weird Thing about Kirk Cousins in These Playoffs

How the Vikings Can Sweep Packers

The Vikings Most Important Non-Star