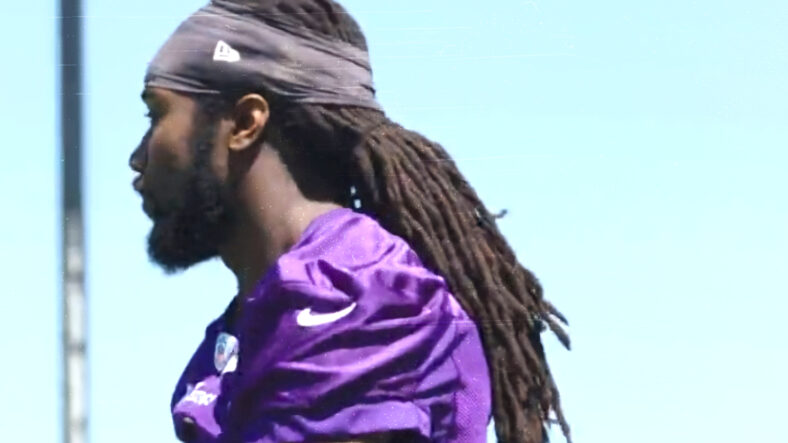 Whatever you do, don’t sleep on Dalvin Cook.

When you hear the name Dalvin Cook, what’s the first thing that jumps out at you? His versatility as a running back? The bell-cow status he has within the Minnesota Vikings’ offense? Or what about his injuries?

For me, it’s the way he makes Kirk Cousins and the offense better for the Vikes. Ever since he was selected in the second round of the 2017 NFL Draft, it’s his success that wows me. Cook has constantly proven he is a top-flight running back.

Cook and the Vikings’ Offense

The way Cook is built, he is comparable to the heavy workload of a Derrick Henry with the receiving capabilities of a Christian McCaffrey. Thus, he is the engine that makes Minnesota go and is not someone who should be slept on.

But he’s not the only piece. As this piece notes, Justin Jefferson, Adam Thielen, and K.J. Osborn are also in tow, proving that the Vikes are explosive.

And yet… I feel like Cook’s a guy that doesn’t get as much credit as he should. According to the Vikings website, ESPN recently put the former Florida State Seminole at number 4 of the best NFL running backs today.

Health A Question Mark for Cook

Sure, injuries have been an issue for Cook, as he has not played a full season of games. But he can still be a dominant running back. For the third straight campaign in 2021, he ran for over 1100 yards. And those are some impressive numbers despite missing four games with an ankle injury and a dislocated shoulder. Don’t let the injuries fool you, though. Cook’s 5’10”, 210-pound frame is a beast of burden for defenders to handle.

Where Does Cook Fall?

Back to the ranking by ESPN, the three guys he’s behind? Derrick Henry (Tennessee Titans), followed by Jonathan Taylor (Indianapolis Colts) and Nick Chubb (Cleveland Browns).

But he is better on the list than some other big-name running backs. Comparatively, he was put ahead of Alvin Kamara (New Orleans Saints) and NFC North foe Aaron Jones (Green Bay Packers).

Dalvin also is ready to adjust to a new offense under first-year head coach Kevin O’Connell as he told Hobie Artigue of KMSP Radio, “Wherever they want me to fit in. Whatever it is, just throw me out there and I’m ready to make a play.”

Don’t sleep on Dalvin Cook. And don’t sleep on the Minnesota Vikings, who could be a surprise contender in the 2022 season.

The Vikings Top Offensive Performers at Bills, per PFF