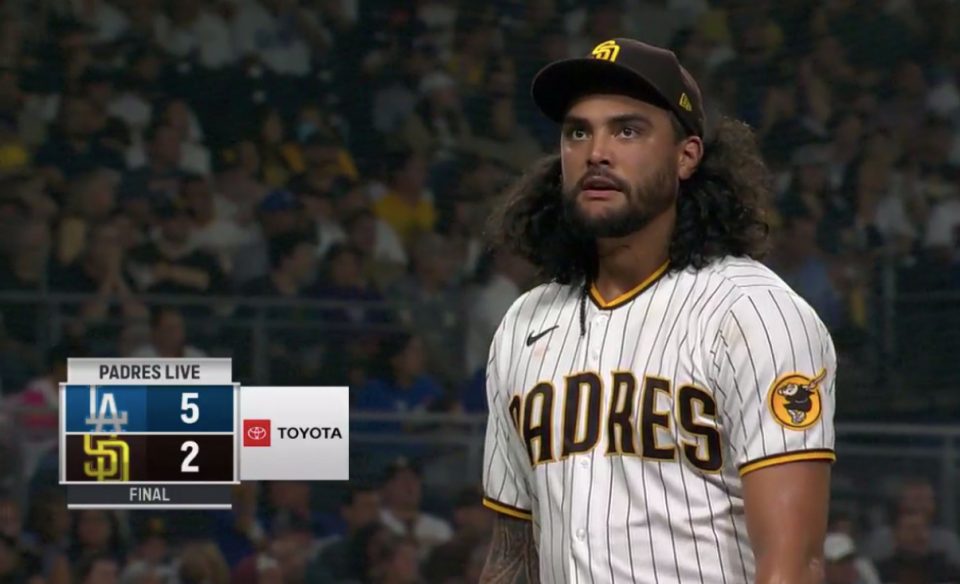 The Padres had a thrilling win over the Dodgers this week at Petco Park, but just that one as L.A. took the three-game series with a 5-2 win Thursday.

Despite the loss, the Friars’ wild-card hopes burned brighter, which can’t be said for Philadelphia, losers of five in a row with the Milwaukee Brewers hot on their tails. The Padres‘ magic number – any combination of their wins and Brewers’ losses – fell to three. Atlanta holds the top wild-card spot.

The Padres immediately jumped out to a 2-0 lead thanks to a two-out single – under Trea Turner’s glove – by Brandon Drury, who drove in Jurickson Profar and Juan Soto.

The Dodgers cut the advantage in half in the second and the 2-1 score held until the sixth, when Freddie Freeman tied it up with a single, scoring Mookie Betts. Miguel Vargas drove in two runs with a single of his own for the lead, which Will Smith padded in the eighth with a solo homer.

The Padres threatened in the eighth, with two on and one out, but Brandon Dixon flied out to center and Luis Campusano struck out swinging.

It was the ninth straight series the Padres have dropped to the Dodgers, who won their 108th game of the season.

Things appeared to be looking up though for Sean Manaea, who went four innings, giving up two hits and a run following opener Steven Wilson. Manager Bob Melvin, said he “pitched really well” and was pleased with Manaea’s velocity despite his recent rough outings.

After Thursday the Padres have six games remaining in the regular season. They welcome the Chicago White Sox to town, then the San Francisco Giants.