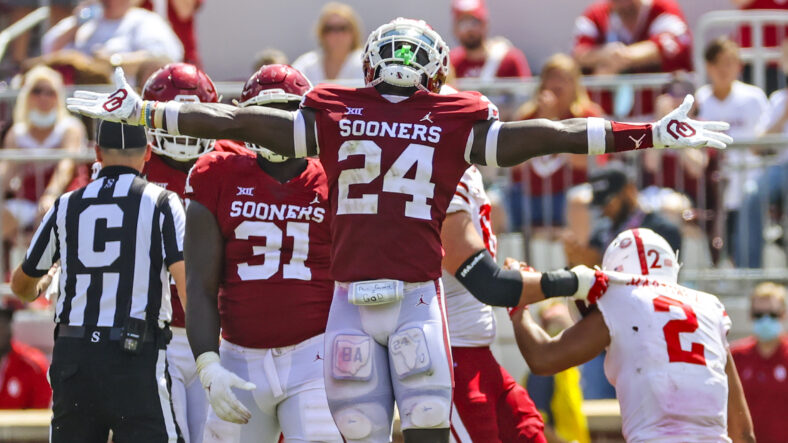 The Minnesota Vikings are set to play their second preseason game, and only one at home, this weekend. Assuming it’s the only one we see key players get action, a depth chart highlighting rookie influence should be on full display.

Going into the draft, new general manager Kwesi Adofo-Mensah was going to show his acumen as the head honcho for the first time. There’s no denying the defense needed help, and giving Ed Donatell new weapons was a must.

The first two picks, Lewis Cine and Andrew Booth Jr., could’ve been considered first-round talents. That’s probably true for the late second-round pick as well, Ed Ingram. Looking toward the regular season, it certainly appears that all three will start.

Maybe it shouldn’t be shocking that top rookies become desirable contributors, but it doesn’t always work out that way. While Minnesota’s defense was downright awful last year, there were some bright spots. Also, drafting new talent is not just about plugging holes. The Vikings new leadership had to get the right guys in order for them to have an opportunity to compete immediately.

In Cine, the Vikings have a solid day one starter alongside potential Hall of Famer Harrison Smith. Booth Jr. seems healthy, which held him back on draft day, but now gives Minneota a solid third corner. Ingram stepping into an offensive line that has been problematic in front of Kirk Cousins is more than a welcomed sight. That probably wasn’t a guarantee going into Training Camp, but emerging as a starting guard is a very solid development.

Beyond their top two rounds of picks, Brian Asamoah should see the field plenty within the group of linebackers. Fourth-round pick Akayleb Evans looks like he has a decent shot at making the 53-man roster, and fifth-round pick Esezi Otomewo should find an opportunity to rotate in behind a pair of elite edge rushers.

This offseason, Minnesota should have been viewed as a premiere coaching destination because of the offensive weapons afforded to an incoming coach. Kevin O’Connell should be expected to have fun diagramming plays for Cousins and his assets. Being able to shore up so many holes with quality picks in one draft is a testament to Adofo-Mensah, though.

Obviously, the true test will be to see how things gel and these guys perform on the field, but it can’t hurt to feel good about the early returns at this juncture.

Every Vikings Fan Should Know the Legendary Center ‘Mick’