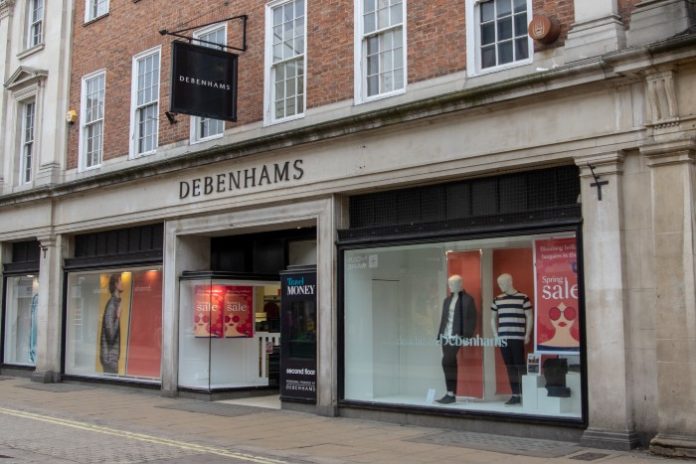 // York city’s Debenhams at Davygate closed in December 2019, and has since remained vacant

Debenhams former store in York city centre is being considered for refurbishment by the Watches of Switzerland Group.

The jewellery group has applied to City of York Council to refurbish and reconfigure part of the former Debenhams unit to create a new 6,727sq ft Mappin & Webb store.

York city’s Debenhams at Davygate closed in December 2019, and has since remained vacant.

READ MORE: Debenhams Torquay store to be transformed into flats and retail space

The other closed Debenhams at Monks Cross is expected to be converted into a Decathlon store.

The planning application said: “The desired intent is to elevate this store to fully showcase the brand and to significantly enhance this part of Davygate. In doing so it will be aligned with York’s City Council’s policy of promoting and maintaining Davygate as a world class retail destination.

“These proposals ought to create a unified storefront with modified openings set within a granite stone plinth, keeping the existing fascia and composite stone pilasters.

“This approach was taken to align the design with the brand’s retail design concept. The introduction of a new entrance on Davygate, replacing one of the existing shopfront windows on the unit at 2 New Street, creates a main entrance to the proposed Mappin & Webb main sales area.

“This existing opening is the only potential location to create the new entrance due to the sensitivity of the existing heritage features described on the former Debenhams show windows.”

The refurbishment is designed by London-based architects Mark Pinney Associates, whose previous clients include iconic jewellers Tiffany and the Alexander McQueen Store in Old Bond Street.

The application concluded the submitted plans aimed to demonstrate the “carefully considered development” is in line with applicable design guidance for the building erected in the early-mid 20th Century and lies within York’s Central Historic Core Conservation Area.

Matalan lenders line up advisers ahead of crunch refinancing talks