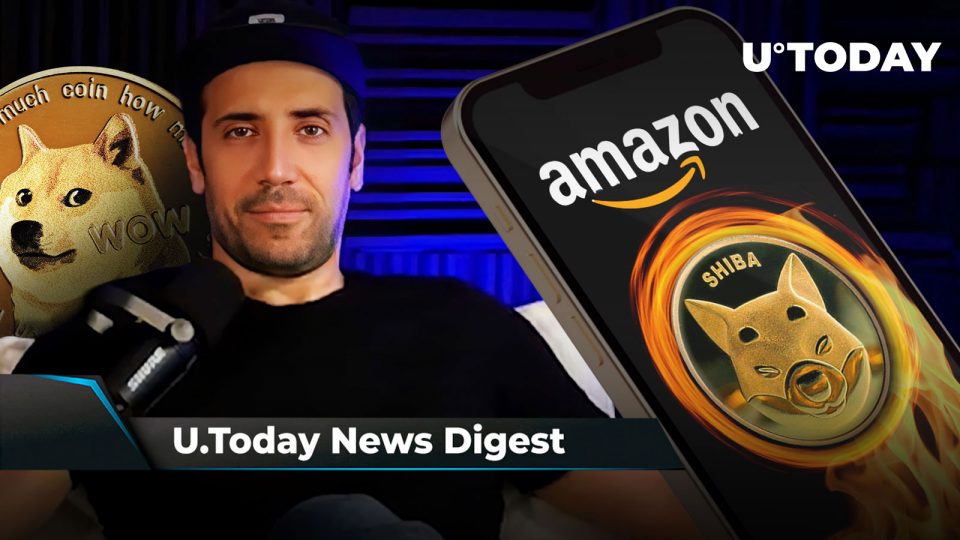 U.Today’s daily news digest keeps you informed of most important updates in the crypto industry

The last days of September were rich with crypto events. Take a look at the most important of them with U.Today’s top four news stories.

Still got bags of DOGE, waiting for price to go parabolic: David Gokhshtein

David Gokhshtein, crypto enthusiast and founder of Gokhshtein Media, has long been supporting Dogecoin, calling it a crypto that can allow people to get into Bitcoin. Yesterday, he expressed his liking for the main meme coin by saying that he still holds a lot of DOGE and is now waiting for its price to go parabolic. In one of his recent tweets, apparently trying to settle a dispute between the communities of Shiba Inu and Dogecoin, he said that it is okay to hold both Dogecoin and Shiba Inu. According to data by CoinMarketCap, DOGE is currently ranked 10th in the top 10 cryptos list and is changing hands at $0.05998.

Reddit users following updates of both Cardano and IOTA have recently requested Charles Hoskinson and Dominik Schiener to debate, suggesting such topics as the status quo, achievements, milestones and technology. In response to the request, Hoskinson asked the IOTA co-founder if he would agree to have a discussion, to which Schiener replied in the affirmative. The latter seemed to be excited by the idea of debating, saying that it would allow him to talk about the progress and roadmap of IOTA’s new protocol. Schiener also suggested inviting the IOTA Foundation’s Hans Moog, a tech enthusiast, hacker and entrepreneur with 24 years of experience in software development, to take part in the debate.

As per Shibburn’s recent tweet, SHIB tokens can now be burned via Amazon’s Alexa app by listening to Shibburn Radio on devices connected to it. Amazon has confirmed that station ingestion has been completed, and the radio station that helps burn Shiba Inu tokens is now live. The radio will also have its own website, app and live DJs. The app for the radio that will run on iOS devices is expected to go live within the next two days. Later on, Shibburn Radio will be included for CarPlay and Android Radio. As stated in a tweet, the creation of such radio is an effort to “get sponsors to burn more and expose SHIB to more people.”

Yesterday, LUNC trading volume dropped 34.43% and the asset’s price lost 1% of its value. Since Monday, Sept. 26, when Binance announced the token burning mechanism, volumes have fallen by 75%. While on the day of announcement LUNC’s trading volume exceeded $2 billion, now it does not exceed $600 million. It is worth noting that Binance accounts for only $306 billion in LUNC, which is a little more than half of all of the trading volumes of the cryptocurrency. The first stage of burning will end on Oct. 1, and the number of LUNC burned over this first period will only be known by the community on Oct. 3.

The Evolution of the UK Online Safety Bill: What’s Next?

4.1 Billion XRP Moved from Bittrex Within Hour, Here’s What May Be Happening