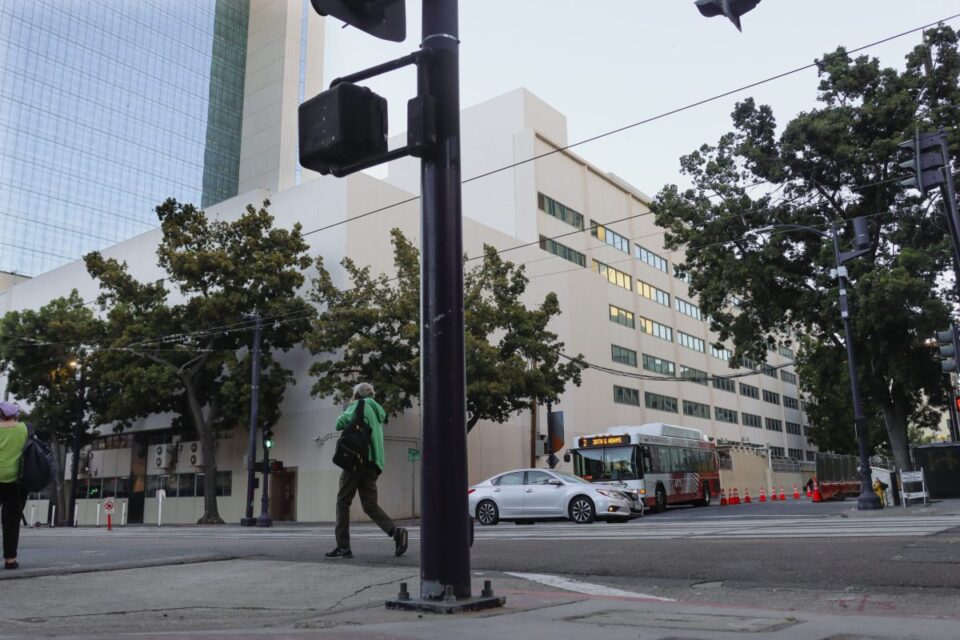 A U.S. appeals court on Monday struck down California’s ban on privately-run immigrant detention centers in a challenge brought by private prison operator GEO Group and the Biden administration.

The company operates the Western Region Detention Facility in downtown San Diego and five other facilities across the state.

The San Francisco-based 9th U.S. Circuit Court of Appeals said California’s 2019 ban gave the state too much control over how the federal government handles immigrant detainees.

A federal judge in San Diego had upheld the state law in 2020, ruling that California could prohibit private detention centers because federal law does not explicitly allow for them.

But the 9th Circuit, in an 8-3 decision, said the government has come to rely almost exclusively on detention centers operated by GEO Group and other companies. California, the largest U.S. state, does not have the authority to interfere with the federal government’s operations, the court said.

About 80% of immigrants awaiting deportation hearings are held in private facilities, according to the American Civil Liberties Union and other advocacy groups. Most are operated by GEO Group and rival CoreCivic, which operates the Otay Mesa Detention Center, but dozens are owned by smaller companies.

GEO Group and the U.S. Department of Justice did not immediately respond to requests for comment.

The California Attorney General’s office in a statement said it was disappointed with the ruling. The state could ask the U.S. Supreme Court to take up the case.

The ban “was enacted to protect the health and welfare of Californians and recognized the federal government’s own documented concerns with for-profit, private prisons and detention facilities,” the AG’s office said.

While campaigning for the 2020 election, Biden said he wanted to end the use of private detention centers to house immigrants. But Biden did not mention the detention of immigrants in a 2021 executive order limiting the federal government’s reliance on private criminal prisons, which drew criticism from advocacy groups.

California’s law prohibits the operation of any private detention facilities in the state, including prisons, but the lawsuits only challenged the ban on immigrant detention centers.

The dissenting 9th Circuit judges on Monday said the law should be upheld because it applies to private companies such as GEO Group and only indirectly regulates the federal government.

Wednesday’s Powerball Jackpot Grows to $100M After No Big Winner