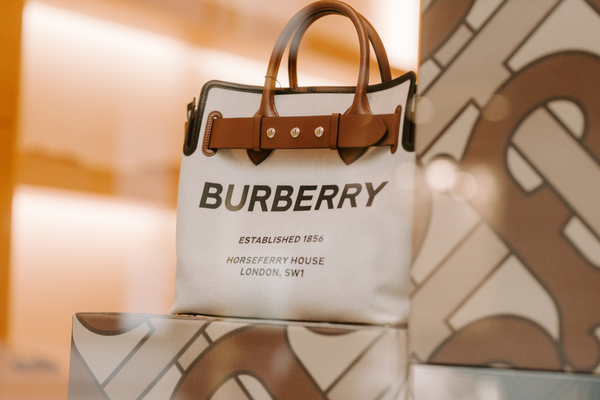 // The retailer has been hit by store closures in China, but said since stores reopened  in June the its performance there has been ‘encouraging’

Burberry has posted just a 1% rise in store sales across the group for the three months until the beginning of July because of the impact of Covid-19 lockdowns in China.

Sales at the luxury fashion retailer fell 35% in mainland China while sales grew 16% across the rest of the world in the 13 weeks to 2 July.

Burberry makes two-fifths of its sales in China, but said that since stores reopened in June the company said its performance there has been ‘encouraging’.

Outside of mainland China, the company reported a 16% rise in comparable store sales, performing strongly across Middle East, India and Africa, with Europe up 47%.

With the inflation in the UK hitting 9.1%, it highest rate in 40 years, Burberry warned of uncertainty regarding the economic outlook in the short-term.

It forecast profit of £90million in the current year, saying it was ‘actively managing the headwind from inflation’.

Overall, the retailer reported a 1% year-on-year increase in comparable store sales to £500m.

Who is the new lined-up JD Sports CEO Régis Schultz?

Apple orders staff to work in office for most of week