Are there any coins that can grow while Bitcoin (BTC) is trading sideways?

The market seems yet undecided which way to move as some coins are in the green zone while others are in the red. 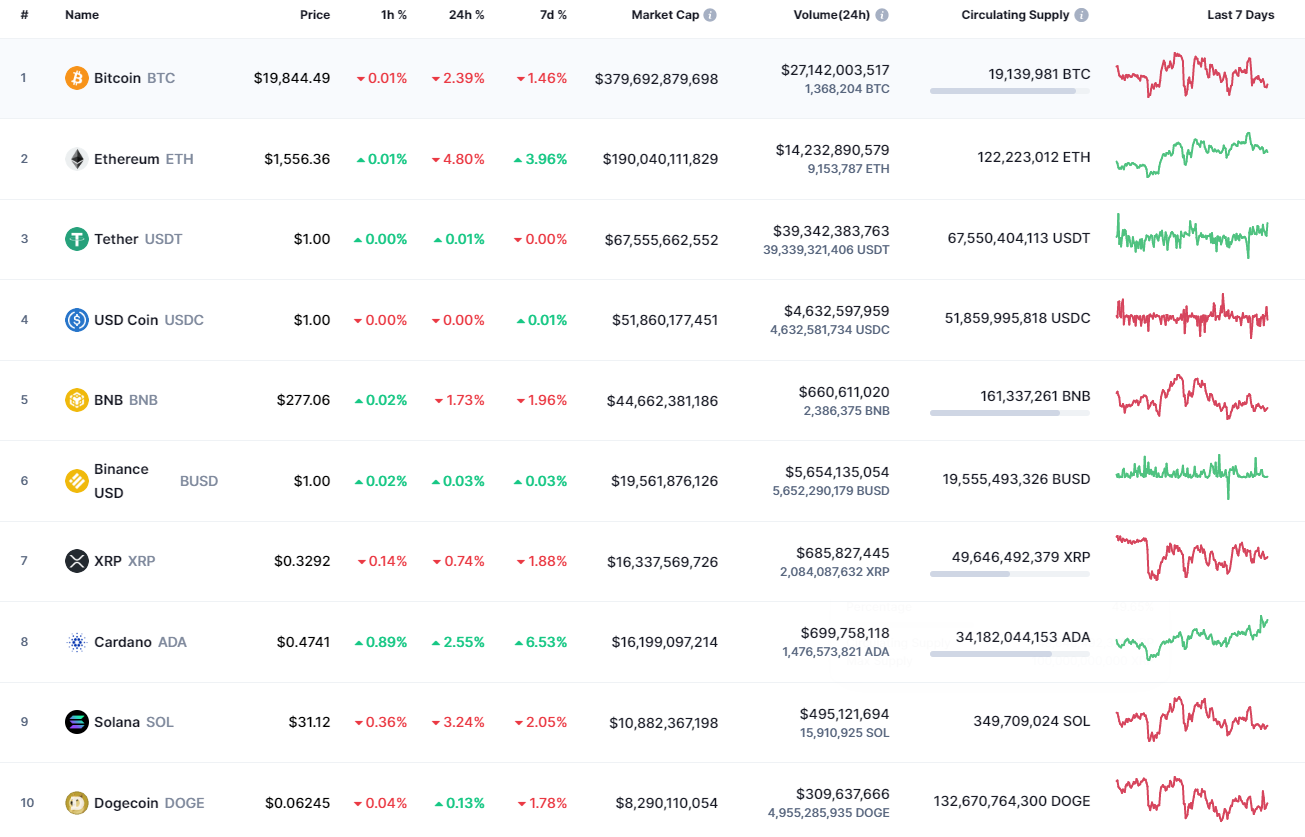 Bitcoin (BTC) could not keep rising and has now gone down by 2.37%.

On the daily chart, Bitcoin (BTC) has continued the drop after the false breakout of the $20,000 mark.

If buyers cannot seize the initiative and the candle closes around $19,500, there is a high chance to see a breakout of the support level, followed by a sharp decline.

Cardano (ADA) is doing better than Bitcoin (BTC) as the price has risen by 2.97% over the past day.

Cardano (ADA) is on the way to the resistance level at $0.4820. Thus, the altcoin might have accumulated enough energy for mid-term growth. All in all, a breakout of the level may cause further upward movement to the vital $0.50 zone.

Binance Coin (BNB) is neither bullish nor bearish on the daily chart. Despite the fall, the price remains above the important support level at $273.5. However, if the selling volume increases and bears’ pressure continues, the breakout can be a prerequisite for a drop to the $260 zone soon.

Litecoin (LTC) is trying to stay in the bullish zone after yesterday’s breakout of the $58.31 level. If the “digital silver” can fix above the crucial $60 mark, the rise can continue to the next mark at $65.66 shortly.

Shiba Inu Shares Mysterious Tweet, Here’s What Community Made of It: Details

Nearly Half of Americans Have Heard of NFTs