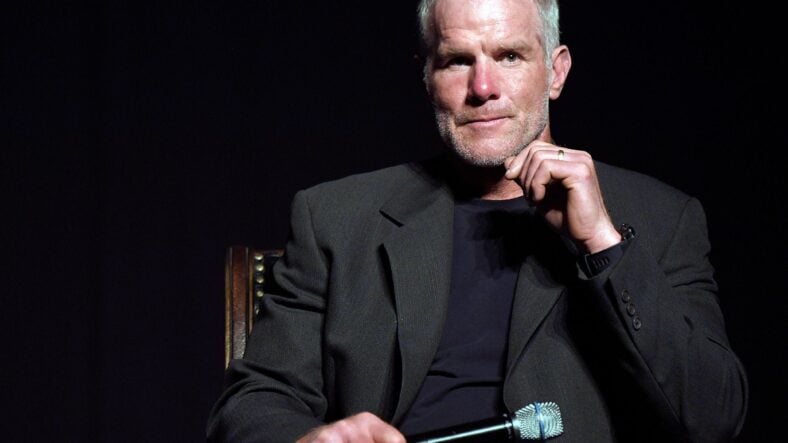 Davante Adams was traded to the Las Vegas Raiders in March, and Hall of Fame quarterback Brett Favre, who played for the Minnesota Vikings in 2009 and 2010, has thoughts.

The Green Bay Packers drafted Adams in the 2014 draft, connecting the wideout to future Hall of Famer Aaron Rodgers for eight seasons. During the timeframe, Adams ranked second in receiving touchdowns (73) and sixth in receiving yards (8,121). But a few months ago, the Packers ended the Adams era, sending the Fresno State alumnus to Las Vegas for a 1st-Round pick and 2nd-Round pick, which were used a month later to draft linebacker Quay Walker and wideout Christian Watson.

In Las Vegas, Adams will reunite with his college quarterback, Derek Carr. And while Favre doesn’t foresee a doomsday debacle for the duo, he believes Adams may experience a bit of a drop-off from Rodgers to Carr.

Favre told Yahoo Sports this week, “I do think that Davante owes a great deal of gratitude to Aaron and the Packers drafting him. No disrespect to Davante at all — zero disrespect. I do think that Davante will make Derek Carr better and, in time, they will be a dynamic duo. Now will it be the duo that Aaron and Davante had? Time will tell. I think Derek Carr is a very good quarterback, but he’s not in Aaron’s league yet. He may never be, and that’s no disrespect either.”

In 2021, Rodgers ranked atop the NFL in EPA/Play, whereas Carr ranked 15th.

Favre continued, “It’s just hard to shift gears, especially from a player as prolific as Aaron Rodgers. I’d be shocked if he had the same year he’s had this year. That’s not to say he can’t do it, but I would be shocked.”

Adams’ departure leaves Rodgers and the Packers in an awkward spot, minus an All-Pro wideout that Rodgers had grown accustomed to — for almost a decade. Now, Green Bay’s WR corps consists of these men:

Few doubt Rodgers can whisk the group to success, but Adams was a guaranteed contributor, tabulating five Pro Bowls and two 1st-Team All-Pros during his stint with the Packers.

Moreover, the stakes are raised for the rookie Watson, who was gifted to Green Bay by trade with the Vikings. Minnesota’s new general manager Kwesi Adofo-Mensah made controversial trades during the first two rounds of April’s draft that netted this arrangement:

Adams has tallied north of 1,300 yards in three of the last four seasons. His production in Las Vegas may indeed dip, but Carr is also known for respectable numbers. He’s thrown for 4,000+ yards four years consecutively.

The Vikings take on the Raiders on August 14th in the first preseason bout of the summer. After that, Minnesota travels to Las Vegas for a regular season showdown in 2023, where Adams and Carr will likely be on the roster.

Adams will turn 30 on Christmas Eve.

Explained: Sins the Vikings Must Cleanse during Bye Week

Even ‘Uber Facts’ Picked up the Naughty Kirk Cousins Stat