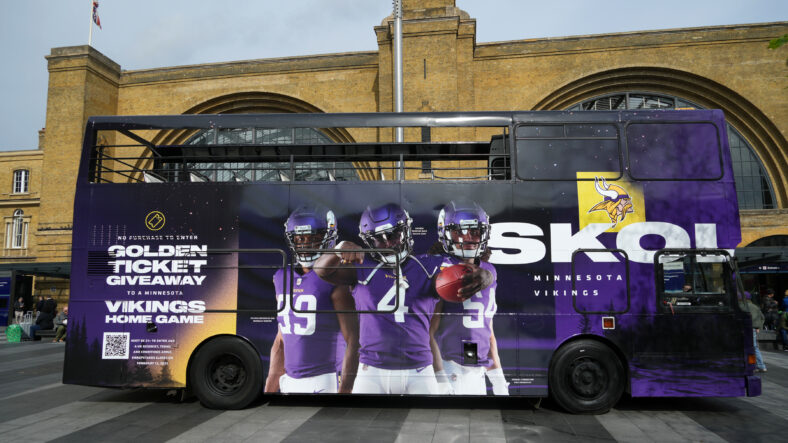 The NFL season is just three weeks old, but Bleacher Report has thoughts on a player each team should bench.

And for the Minnesota Vikings, that is slot cornerback Chandon Sullivan.

Alex Ballentine from Bleacher Report recommended a to-be-benched player for each NFL team, writing about Sullivan, “The Vikings are 27th in adjusted yards per pass attempt allowed. They need to find some answers in the secondary, and a new option to man the slot would be a good start..”

He added about Sullivan’s numbers through Week 3, “Through three games, Sullivan has a pedestrian 56.6 PFF grade. That’s right in line with his production last season, when he graded out at 55.0 with 47 receptions allowed on 68 targets.”

Ballentine did not specify who should play in place of Sullivan.

The recommendation is a bit odd as the regular season isn’t even a quarter complete. Minnesota still has 14 games remaining, leaving enough time for Sullivan to settle into the Vikings new 3-4 defense. Such is the case for many Vikings defenders, not only Sullivan.

Minnesota ranks 30th in the NFL per yards allowed to opponents, so something isn’t clicking on defense, despite the team’s 2-1 record. The Vikings defense flipped its 2021 mentality of performing relatively well in “ordinary” parts of football games while collapsing in crucial spots. In 2022, Donatell’s defense is porous during the “ordinary” sections of games but rises to the occasion at crunchtime. Given the choice of both systems, most folks would prefer the 2022 setup.

Still, Minnesota can improve, and that perhaps may involve switching up the secondary personnel. Rookie Akayleb Evans is playing decent — for a first-year player — through three games. His draft-class running mate, Andrew Booth, has not yet played on defense, missing almost all of the season to date with a quad injury.

Overall, Sullivan ranks 25th on the Vikings per Pro Football Focus grade (56.6), which doesn’t outwardly sound half-bad. But only 28 players qualify for PFF’s minimum snap count, so, for now, Sullivan is the team’s “fourth-worst player.” Around the NFL, Sullivan’s 56.6 score ranks 66th of 101 qualifying corners.

In that vein, Bleacher Report is onto something. Yet, like the Vikings defense, on the whole, Sullivan needs more time to adjust before benching is fair game.

The Vikings take on the New Orleans Saints in London this Sunday. Minnesota is favored by 3.5 points.