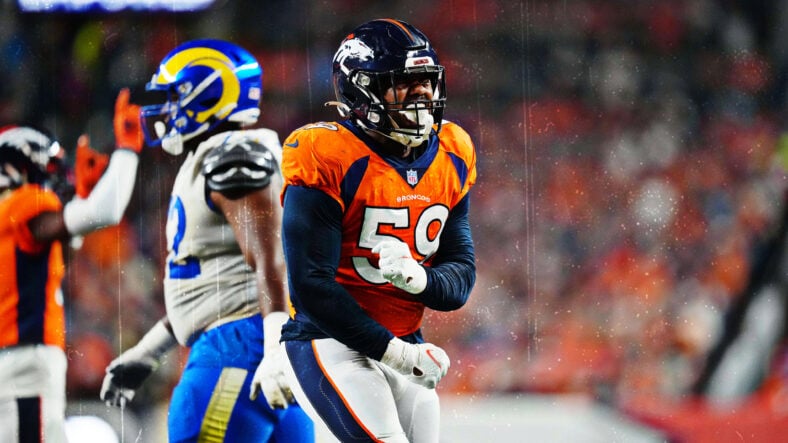 New Minnesota Vikings defensive coordinator Ed Donatell should dip into his old bucket of personnel, according to Bleacher Report.

Brent Sobleski of BR published an article on Tuesday detailing one trade each team should make heading into the 2022 season. And for the Denver Broncos, Donatell’s former employer, Sobleski suggested a swap of assets with the Vikings for EDGE rusher Malik Reed.

Reed, 25, has played for the Broncos since 2019. He was an undrafted free agent from the 2019 draft class but caught on in Denver immediately, experiencing playing time in 45 games to date while starting 34 times. He’s tabulated 123 total tackles and 15 sacks in 45 games, starting in Donatell’s defense for most of the 2020 and 2021 seasons.

Sobleski explained the Reed-to-Vikings theory, “Denver can flip Reed to Minnesota, where he’ll be reunited with defensive coordinator Ed Donatell after playing under his direction the last three seasons. More importantly, the 25-year-old provides much-needed depth behind Danielle Hunter and Za’Darius Smith, both of whom have scary injury histories.”

The idea makes sense as Minnesota hasn’t nominated a third pass rusher behind Danielle Hunter and Za’Darius Smith — a fierce tandem on paper. Hunter has missed 79% of games since the start of 2020, and per ESPN, the Vikings pass-rush win rate ranked 30th in 2020 and 29th in 2021. Somehow trading for Reed would, in theory, help hedge the bet in the event of another Hunter setback.

Sobleski didn’t reveal the trade capital necessary to land Reed, but a 4th-Round pick or so would likely be the price. And it is unclear if the Vikings are even in the market to trade for an additional EDGE rusher.

In the same Bleacher Report piece, Sobleski also recommended the Vikings trade Harrison Smith to the Las Vegas Raiders. So, there’s that.

Mental Health Parity is Garnering Attention From State AGs – Is A Multistate Enforcement Effort On the Horizon?

Vikings Opponent Preview – Who Are the Philadelphia Eagles?