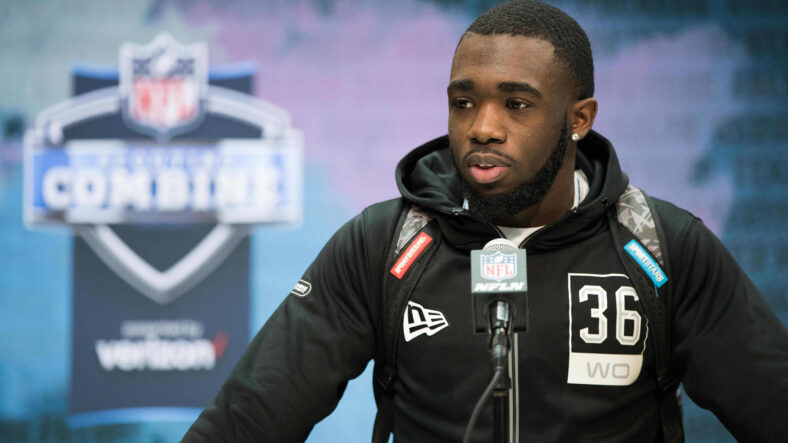 Move over Jalen Reagor. The Minnesota Vikings may not be finished trading for former high-round wide receivers, according to Bleacher Report.

The sports media website indicated on Wednesday the Vikings could still be in the mix for a trade involving New York Jets wideout Denzel Mims.

Kristopher Knox from Bleacher Report listed 10 players who could still be on the move, and the Vikings were a theorized landing spot for Mims.

The Jets found Mims in the 2nd Round of the 2020 NFL Draft, 37 picks after the Vikings selected Justin Jefferson. His career hasn’t left the ground as a Jet, probably why Knox theorizes a change of scenery for the Baylor alumnus. Knox wrote, “The Vikings and the Seahawks seem to be the two most logical landing spots for Mims.”

Knox also noted about Vikings WRs Adam Thielen and Bisi Johnson, “The Vikings could be looking for someone to season behind 32-year-old wideout Adam Thielen. Minnesota also put wideout Olabisi Johnson on injured reserve with a torn ACL.”

What’s more, the Mims-to-Vikings chatter didn’t start with Bleacher Report. As the paint dried on the Vikings deal to acquire Jalen Reagor for the Philadelphia Eagles last week, Connor Hughes, who covers the Jets for SNY, tweeted about Minnesota’s alleged interest in Mims.

And until the Bleacher Report piece, the Vikings figured to be done trading for extra wide receivers. Currently, the WR depth chart looks like this:

In theory, the Vikings could explore becoming richer and relegating Nailor to punt-returner-only duty. But Adofo-Mensah spending another 4th-Rounder on a reclamation project WR is extremely unlikely. In 20 career games, Mims has tallied 31 receptions for 490 yards and no touchdowns. His 4.38 forty-yard dash speed is alluring, but the Vikings can probably “call it good” with the addition of Reagor.

Mims earned First-Team All-Big 12 recognition in 2019 at Baylor. The same article from Knox also mentioned the Vikings as possible trade beholders of running back Alexander Mattison.

Here’s What Bitcoin Needs to Start Recovering, According to This Analyst

Former Vikings LB Could Be on Cowboys Shopping List

An Old Friend Returns and Has Some Questions

Will Vikings Use Their Remaining Cap Space?