According to a chart posted by CNBC’s Dominic Chu, Bitcoin’s correlation with Invesco QQQ, a popular exchange-traded fund (ETF) that tracks the tech-heavy Nasdaq 100 Index, has reached a score of 0.894, the highest level in nearly three years.

It is worth pointing out that a score of 1 would mean an exact correlation. 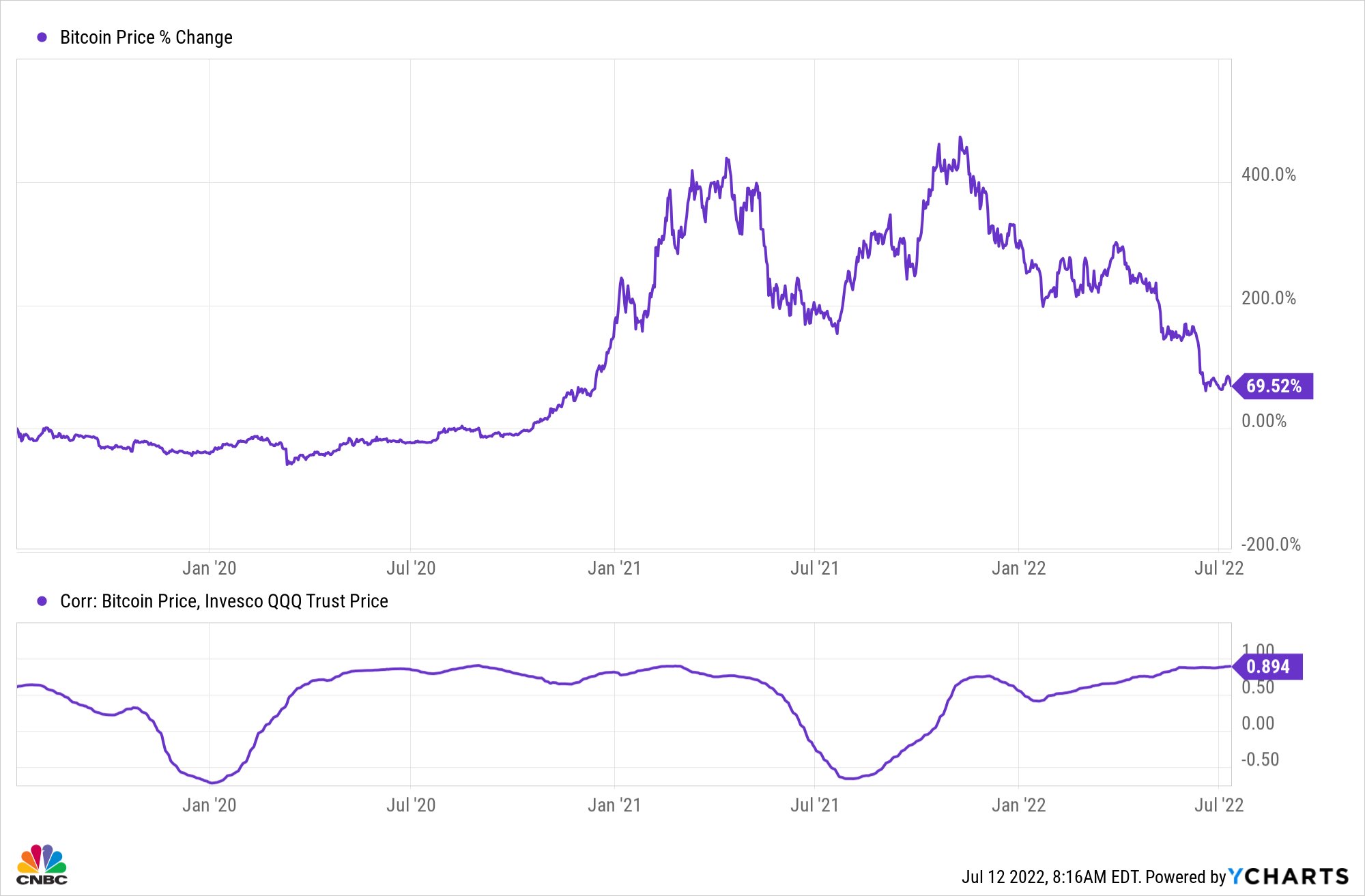 The fact that the flagship cryptocurrency is trading virtually just as another tech stock undermines the “inflation hedge” narrative that propped up the fledgling asset to new record highs last year.

Instead of being treated like a legitimate store of value, Bitcoin is being treated as yet another speculative investment. This, of course, flies in the face of those who pitched the world’s largest cryptocurrency as a revolutionary asset.

The cryptocurrency’s gargantuan plunge came in tandem with tech stocks. The Nasdaq Composite recently logged its worst quarter since 2008 after losing 22.4% of its value. In the meantime, Bitcoin recently recorded its worst quarterly performance since 2011 after collapsing by as much as 58%.

The aforementioned graph shows that the convergence with the Nasdaq started rapidly increasing due to institutional investors buying into the “inflation hedge” narrative after the U.S. Federal Reserve unleashed unprecedented monetary support.

Due to the double whammy of ominous technical signals and the unfavorable macro backdrop, the price of Bitcoin is widely expected to continue plunging.

The Fed is widely expected to announce another jumbo rate hike this month after the most recent jobs report surprised to the upside, thus allaying unreasonable recession fears.

Bitcoin Plunges Below $19,000 as Inflation Soars

Terra Classic (LUNC) Transfers on Binance (BNB) Will Be Taxed. When?