The price of Bitcoin (ETH), the leading cryptocurrency, surged to an intraday high of $24,010 on the Bitstamp exchange at 12:48 a.m. UTC. Ethereum (ETH) and other top altcoins also spiked sharply higher. 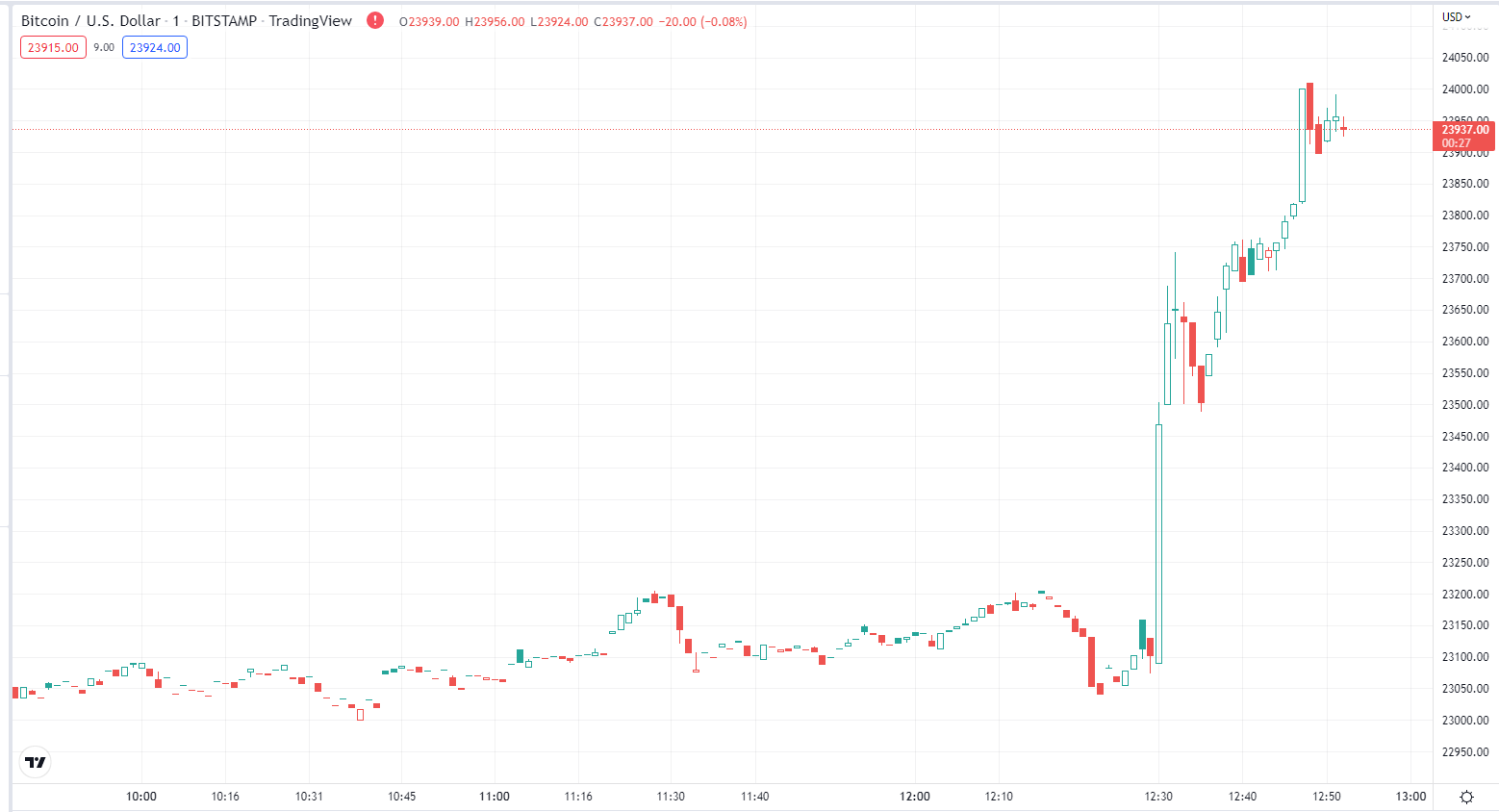 The most recent spike came after cooler-than-expected inflation data. The headline consumer price index (CPI) for the previous month increased by 8.5%, which is below analysts’ consensus estimate of 8.7%. Prior to that, it would come in hotter than expected over the course of 10 consecutive months. Month-over-month (MoM) inflation was 0%, which marks the biggest MoM decline in seven decades.

Significant declines in gas prices and airfare were mainly responsible for the cooler-than-expected July CPI print. At the same time, grocery prices, electricity, and rent remain on the rise.

Dow futures soared by more than 400 because of the downside inflation surprise.

The most recent CPI data means that the U.S. Federal Reserve may now slow down the pace of rate hikes.

While the most recent CPI data is a sign for the U.S. central bank, it is still unlikely to dramatically affect its current policy. According to Barclays’ Michael Pond, this was a “necessary” print for the Federal Reserve, but inflation has to come down much more. “It’s in the right direction, but we are certainly not there yet,” Pond said.

Despite bouncing off recent lows, the largest cryptocurrencies remain deep in bear market territory. Bitcoin and Ethereum are still down more than 60% from their respective peaks.

Shiba Inu Flips Dogecoin on Twitter; Is Market Cap Next?

Did Satoshi Nakamoto Meet with SEC Five Years Ago?

Top Decentralized Stablecoin Fei (FEI) Might Be Shut Down Soon