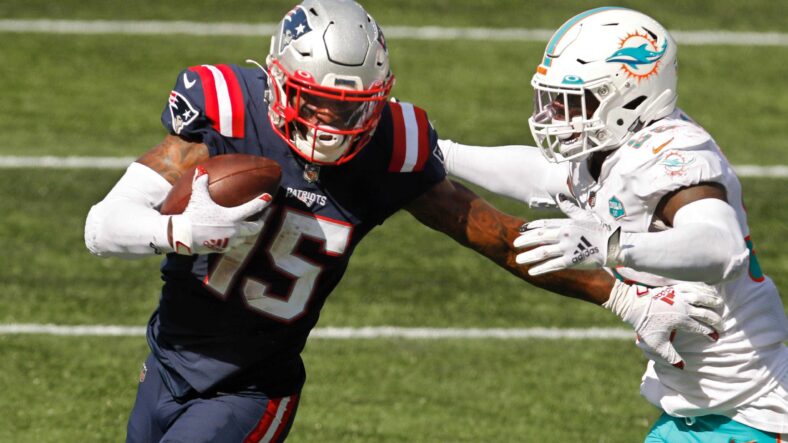 The receiving room of the Chicago Bears, the Minnesota Vikings secondary rival, is among the worst in the NFL. The franchise lost Allen Robinson in free agency, one of the most productive wideouts in the last decade, despite playing exclusively with subpar quarterbacks. The leftovers of the group are a disaster to develop a young passer like Justin Fields.

The Bears added a former first-round pick to Fields’ targets when they traded for N’Keal Harry from the New England Patriots.

Harry was a massive disappointment for the Patriots. He was the 32nd pick of the 2019 draft. Four picks later, the 49ers selected stat receiver Deebo Samuel. He’s not the only great pass catcher picked in the round after Harry. Both Ole Miss players, A.J. Brown and DK Metcalf, heard their names called in the second round. Dionte Johnson, the Steelers receiver, went early in the third round.

The Patriots wholly botched the pick. Harry played 33 games throughout his career in New England. In those 33 games, he only caught 57 passes for 598 yards and four touchdowns. The 6’4″ athlete has a big body but lacks explosiveness.

Harry played for Arizona State in college and recorded 1,000-yard seasons in his final two campaigns. He also scored 17 touchdowns combined in those two seasons. He requested a trade before last season, but nothing happened. Now, he gets his wish and plays for the Chicago Bears with Justin Fields as his quarterback.

The other weapons at disposal for Fields leave much to be desired. Darnell Mooney is the number one option and can play. He scored four touchdowns and had over 1,000 yards last year. Tajae Sharpe was rostered by the Vikings once but never played for the team. He has 1,397 career receiving yards, most of them came from 2019 and earlier.

David Moore has 1,163 yards in his career, but it took him five seasons to reach that number. Adding up the career receiving yards of all Bears wideouts, except N’Keal Harry, the nine receivers combine for fewer yards than Adam Thielen and K.J. Osborn.

Harry is one of the elite blocking receivers but won’t make a huge difference in the passing game as a receiver. However, a 2024 7th-round pick limits the risk to a minimum. The Vikings´ division rivals get a reclamation project and a former first-rounder and try to fix him. The season should be a hard one for Bears fans. The win total is set at 6.5, and 95% of the money is on the under. Expectations for the team in 2022, under new head coach Matt Eberflus, aren´t very high. Developing players, especially the quarterback Justin Fields, collecting draft capital, and forming a culture are much more important goals than winning games in the upcoming season.

The Vikings Are Undefeated Against Super Bowl QBs in 2022