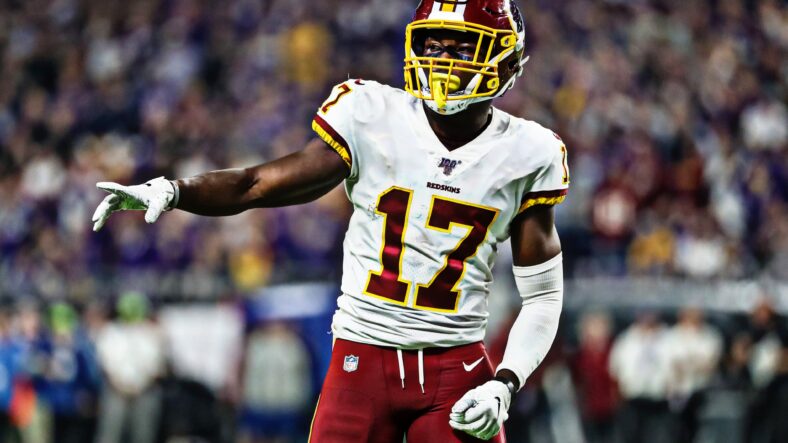 In the 2022 offseason, nine wide receivers have signed multi-year extensions for $20M+ per year. Investing in game-changing wideouts is the new trend, as big running back contracts are becoming almost archaic.

The latest beneficiary of a large WR deal is Terry McLaurin, who signed a three-year, $71 million extension with the Washington Commanders on Tuesday.

McLaurin, 26, instantly becomes the league’s seventh highest-paid WR per average annual salary and will help usher in the Carson Wentz era with the Commanders.

The Vikings, too, have an ultra-productive wide receiver, but he ranks 62nd in the NFL for average annual WR salary. That’s Justin Jefferson, and he earns about $3.2 million per year on his rookie contract.

Minnesota’s standout wide receiver can’t do anything about the underpayment now as Jefferson is locked into the deal through the end of the 2024 season. However, contract talks will heat up as early as next spring. If Minnesota’s front office and Jefferson reach a deal next March or April, he’s likely to set the market by netting $35 million per season. The contract won’t kick in until 2025, but general managers typically take care of superstars well before the rookie contract expires.

In that regard, this offseason has been a dream for Jefferson. It started in March when Christian Kirk somehow seized a deal for $18 million per season. Kirk has never notched a 1,000-yard season, nor has he scored more than six touchdowns in a single season. His monetary theatrics inspired other wideouts to surpass the deal for earnings and seemingly leveled the market for good-not-great pass-catchers.

Tyreek Hill is the highest-paid wide receiver at the moment, averaging $30 million per year.

Annually, when a pandemic isn’t raging, the salary cap inflates. So do player contracts. And that’s why Jefferson is likely to bypass Hill or whoever is the top dog at the time for earnings. Plus, money from fat NFL television contracts continues to pour in. All in all, Jefferson will be a very rich man.

Jefferson will get a chance to shatter his already lofty production this season outside the confines of a run-first offense. Kevin O’Connell took over head coaching duties in February and figures to pass the football more frequently, which bodes well for Jefferson.