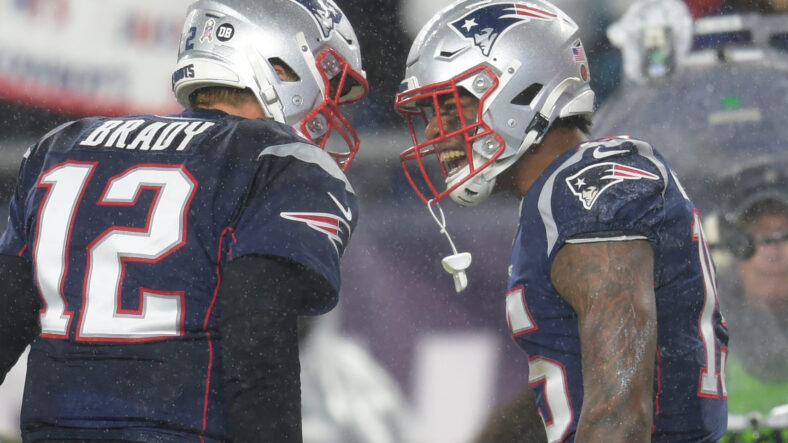 When the Minnesota Vikings host the Chicago Bears in Week 5, a new wide receiver will line up against Patrick Peterson or Cameron Dantzler.

On Tuesday, the Bears traded a 7th-Round pick to the New England Patriots for wide receiver N’Keal Harry, a former 1st-Rounder.

Harry never took off in New England with Tom Brady, Cam Newton, Mac Jones, or Bill Belichick. He tallied 598 receiving yards and four touchdowns in three seasons, with a measly 18.1 yards per game on his resume. In Chicago, Harry gets a fresh start and will vie for a WR2 or WR3 job.

An Arizona State alumnus, the Patriots selected Harry with the 32nd overall pick in the 2019 NFL Draft, infamously before wideouts Deebo Samuel and A.J. Brown, who quickly ascended to superstardom — unlike Harry. Patriots fans waited annually for a Harry bust-out that never arrived.

The trade is not gigantic news, chiefly because Harry was on New England’s roster bubble heading into training camp. He reasonably could have been released and free to sign anywhere in September — hence the low price tag for Bears new general manager Ryan Poles.

For now, the Bears wide receiving depth chart is crowded with Mooney and hopeful-maybe-caliber players:

In January, the Bears new boss, Poles, claimed the Bears would eventually win the division and dominate. He said, “And the last thing, the most important piece, is we’re gonna take the North and never give it back.”

It is unclear if Harry is the smoking gun for that proclamation.