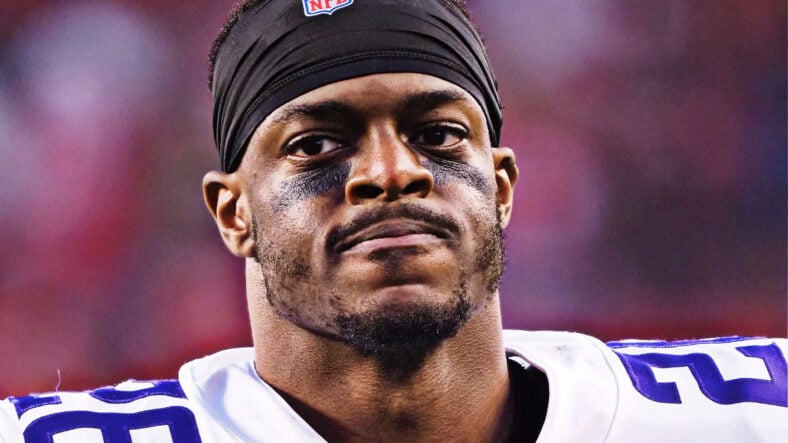 In addition to TE Irv Smith’s thumb-surgery announcement on Tuesday, another minor injury surfaced for the Minnesota Vikings.

Running back and kick returner Kene Nwangwu is “day to day” with a soft tissue leg injury.

Smith is expected to be ready for the Vikings opener against the Green Bay Packers, whereas Nwangwu is likely to return later this week.

Now, reality sets in as Minnesota acclimates to injuries like several other teams around the NFL.

Nwangwu made splashy headlines in 2021 as a rookie, using his deadly speed to return two kickoffs for touchdowns against the Baltimore Ravens and San Francisco 49ers. He also accounted for 61 rushing yards on 13 carries.

The Iowa State alumnus is also a fashionable pick for emergence inside the Vikings new offense, led by first-year head coach Kevin O’Connell. Nwangwu wasn’t utilized much on offense as a rookie, instead hanging his hat on special teams performance. He was even tabbed recently by ESPN as a “Top 25 Breakout Prospect” via Football Outsiders’ Rivers McCown, “Nwangwu has very little chance of making an offensive impact this year beyond injury chaos, but he’s so explosive with the ball that we couldn’t leave him off your radar.”

If the soft-tissue injury lingered, though, the Vikings would be tasked with finding an alternative kick returner — probably Jalen Nailor, Ihmir Smith-Marstte, K.J. Osborn, or Albert Wilson.

If Vikings Want Baker Mayfield, He Might Be Cheap.