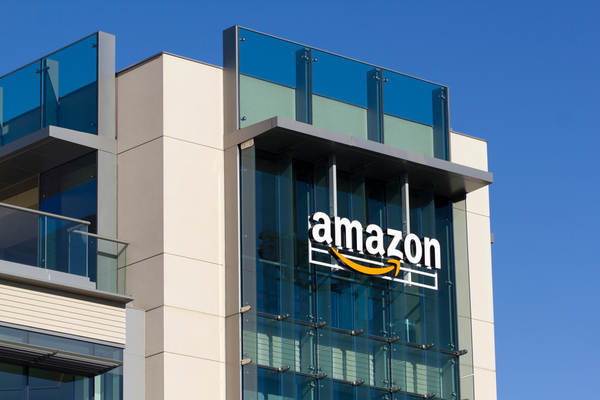 Amazon’s UK business was handed a tax credit of just over £1 million last year by HMRC despite its profits increasing by almost 60% to £204 million.

The tax benefit was part of €1 billion (£850 million) in tax credits provided to Amazon by governments across Europe, up from €56 million a year before.

The online retailer‘s losses across Europe reached 90% to €2.1 billion before the tax benefit, despite sales rising by nearly 16% to €51 billion.

Amazon crushed efforts to force the business to be more transparent about its finances at the annual shareholder meeting in May,

Amazon UK Services, the group’s warehouse and logistics operation, which is thought to employ more than half its UK workforce of close to 75,000 people, grew revenues by just over a quarter to £6.09 billion.

However, it booked a rebate on “current tax” – or corporation tax – which is usually paid on profits and after benefiting from the government’s “super-deduction” scheme for businesses that invest in infrastructure.

The relief, which allows companies to offset 130% of investment spending on plants and machinery against profits for two years from April 2021, resulted in Amazon getting a rebate on its prior year tax payment of £18.3 million in 2020, with nothing to pay in 2021.

Total UK revenues, including all activities from retail to cloud computing services, increased by 12.6% to £23.2 billion for Amazon last year.

This placed the business slightly ahead of Big Four supermarket Asda.

Amazon said in a statement: “The government uses the taxation system to actively encourage companies to make investments in infrastructure and job creation. Last year, we invested more than £11.4 billion in the UK, building four new fulfilment centres and creating more than 25,000 jobs.

“We are investing heavily in creating jobs and infrastructure across Europe – more than €100 billion since 2010. Corporation tax is based on profits, not revenues, and last year, Amazon EU Sarl made a loss as we opened more than 50 new sites across Europe and created over 65,000 well-paid jobs, taking our total European permanent workforce to over 200,000.

“Across Europe, we pay corporate tax amounting to hundreds of millions of euros. We operate this pan-European business from our headquarters in Luxembourg, where we have over 3,600 employees and growing, including our senior leadership team.”

Amazon said it paid £648 million in “direct taxes” in the UK in 2021 – up from £492 million a year before – but these include employer’s national insurance contributions, business rates, corporation tax, import duties, stamp duty land tax and the digital services tax.

A Recipe for Success – Dishing Up Pensions Dashboards

THG to award shares to 500 employees

In pictures: Inside Gilly Hicks’ first standalone store in the UK