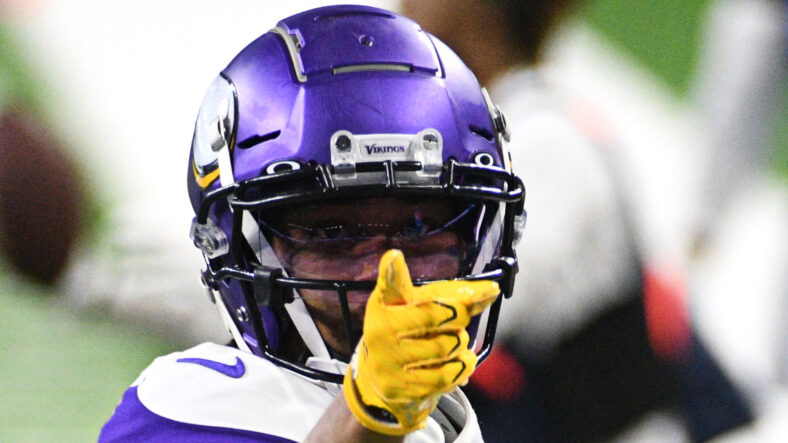 The following is news applicable to the Minnesota Vikings on September 4, 2022 — via tweet. This is updated throughout the day.

The season is exactly one week away.

Starting next week, there will be football on every Sunday for the next five months.

A great point by Bud Grant.

Projected the top 5 in passing yards in the NFC.

The NFL created a logo for Justin Jefferson.

Two Vikings legends met. They both are in the Vikings Ring of Honor.

How’s the weather going to be next Sunday?

Why you should not be concerned about the Vikings’ tight end room:

Randy Moss No Longer on Tap for Monday Night Football

Explained: How Harrison Smith Can Get into the Hall of Fame