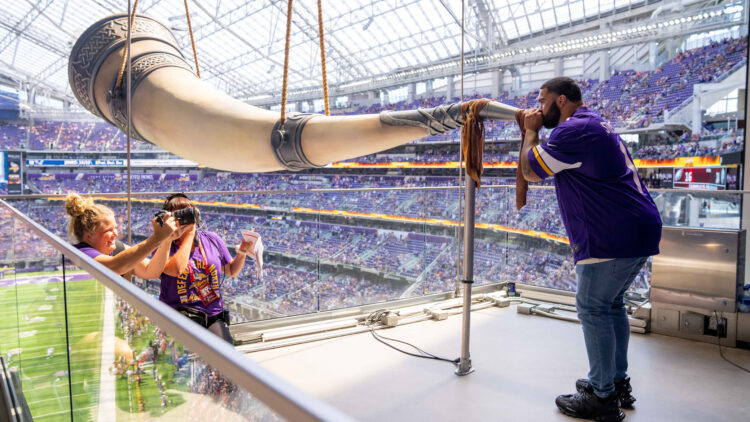 The following is news applicable to the Minnesota Vikings on September 2, 2022 — via tweet. This is updated throughout the day.

Reported on Thursday and officially announced on Friday. The Vikings have a new QB. Blough played for the Lions in the last three years and started five games.

The Vikings apparently have a pretty good starting quarterback.

The latest Christian Darrisaw hype. He’s expected to have a breakout year. He drew comparisons to star left tackle Trent Williams over the summer, and praise from coaches and teammates happens weekly.

Rookie Akayleb Evans can’t wait to hear the sound of the Gjallarhorn. He’ll play his first regular season game at U.S. Bank Stadium on September 11th when the Packers come to town.

The season opener is nine days away. We reached single digits.

Speaking of Jalen Reagor, he can fly.

The aforementioned Akayleb Evans posted a picture of a few secondary players.

The last few days haven’t been great for 2021 Vikings draft picks. But where did they land?

The Vikings still have a high percentage of homegrown talent.

Former Viking Stefon Diggs with great work in the community.

6 Things You Need to Do to Prevent Getting Hacked

Flex Alert for Voluntary Power Saving in Effect for 3rd Straight Day, Another on Tap for Saturday

It May Be Time to Unleash Dalvin Cook

How Suh Could Help the Vikings Defense

3 Packers the Vikings Must Contain in Week 1

The Vikings Have a Tight Budget; How Can They Open Cap Space?

What the Media Is Saying about the 5-1 Vikings