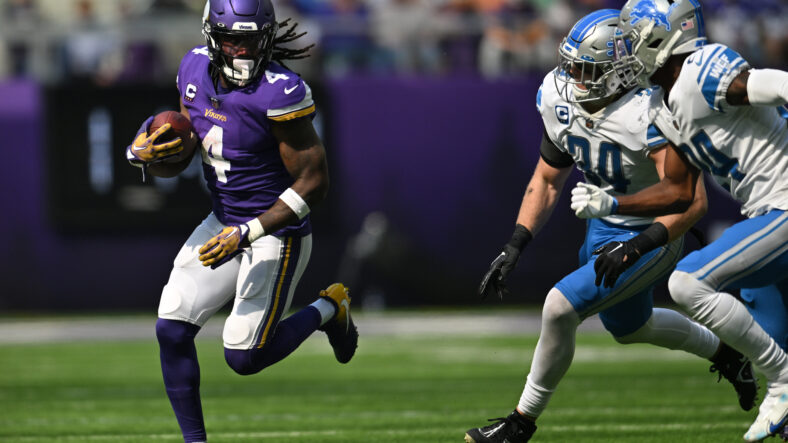 The following is news applicable to the Minnesota Vikings on September 28, 2022 — via tweet. This is updated throughout the day.

On wide-open Wednesday, we all hope that the Vikings’ wideouts will once again be open on Sunday. His 50 touchdowns rank him fourth in Vikings’ history, behind only Cris Carter, Randy Moss, and Anthony Carter.

Former Vikings QB Tommy Kramer returned to Minnesota in 1990 as a member of the Saints. It didn’t end well for him.

Kirk Cousins is excited to travel to London. He threw for 458 yards in his last game in London when he still played in Washington.

The first Vikings’ injury report of the week has some big names on it but the full participants are encouraging. It’s too early to tell if the four players that didn’t practice are available on Sunday.

Kirk Cousins seems to be a big deal overseas.

Pete Bercich and Kevin O’Connell break down a defensive play from the Vikings’ win over the Detroit Lions.

They also reviewed the game-winning touchdown from K.J. Osborn.

Dalvin Cook exited Sunday’s game with a shoulder injury. His status for the game against the Saints is up in the air.

The Vikings Can Feast on Struggling Dolphins OL

A Day Late and A Dollar Short: Vikings Escape Washington With A Win

Here’s Why the 2023 Vikings Will Feel Weird and Different