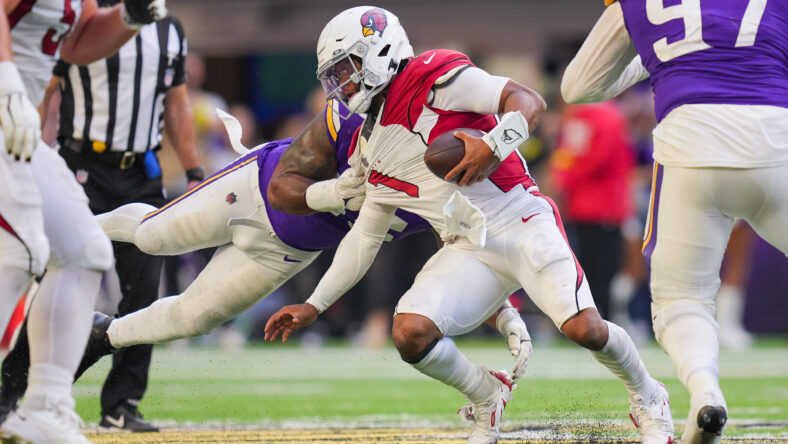 The following is news applicable to the Minnesota Vikings on October 31, 2022 — via tweet. This is updated throughout the day.

It’s another Victory Monday. Vikings fans are starting to get used to having one every week.

It wouldn’t be a real Victory Monday without looking at the NFC North standings.

There’s a reason why everyone likes JJ Watt. It’s not common to make a tribute to an opposing player and play catch with the other team’s fans.

The Vikings have two great duos on the edges. That’s a huge reason for the 6-1 record. Christian Darrisaw, Brian O’Neill, Danielle Hunter, and Za’Darius Smith going at each other in training camp will be something to watch next year.

The signing of Za’Darius Smith is paying huge dividends. It was a brilliant move by Kwesi Adofo-Mensah.

Pat McAfee is high on the Vikings this season.

The 2022 team is different than the 2021 version. It seems like they always find a way to pull off a victory.

It’s possible that the Vikings are active before the trade deadline. Wide receiver, cornerback, and tight end are the rumored positions of trade targets.

Two quarterbacks will face their former teams on Sunday.

New Employment Laws and Regulations Regarding Marijuana in the Workplace

The Folks Picking the Giants over Vikings in Week 16

Kevin O’Connell Has Earned a Bad Game, But It Needs to Stick