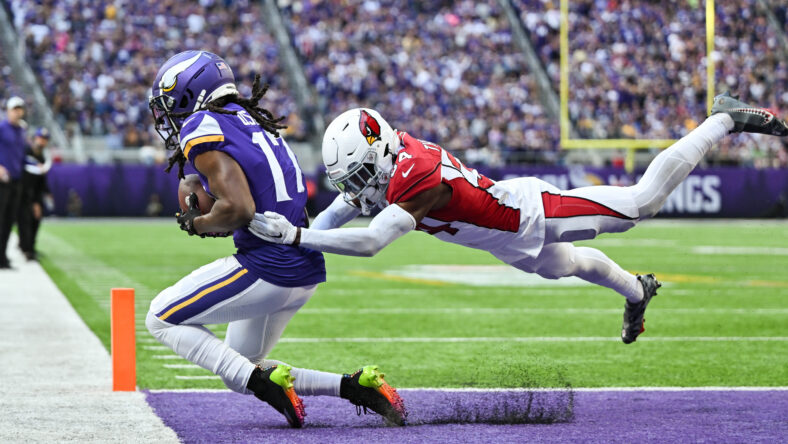 The following is news applicable to the Minnesota Vikings on October 30, 2022 — via tweet. This is updated throughout the day.

It’s also a new franchise record for Kevin O’Connell. They Vikings apparently chose the right captain for their ship.

Jared Allen had his big day today. He’s now a member of the Vikings Ring of Honor.

Today was one of the rare occasions of Kirk Cousins showing his athleticism.

And the offensive line enjoyed every bit of it.

Za’Darius Smith had an incredible game. He’s currently leading the NFL with 8.5 sacks.

We’re glad that the Packers didn’t want to keep Za’Darius Smith. He’s one of the key players of the roster and has been a remarkable addition.

Harrison Smith is slowly climbing up the Vikings record books.

He leads a defense that stepped up when they had to. That’s what they’ve done all year.

Not everyone is enjoying to watch the Vikings play. Not even Vikings fan Mike Florio.

We’re all waiting for more content of icy Kirk Cousins.

Kirk’s improvising gene did develop compared to the past.

The 2022 Vikings, According to All National Power Rankings: Week 9

You Should Cheer for the Cardinals on TNF

3 Vikings Who Absolutely Need to Show Up in the Playoffs