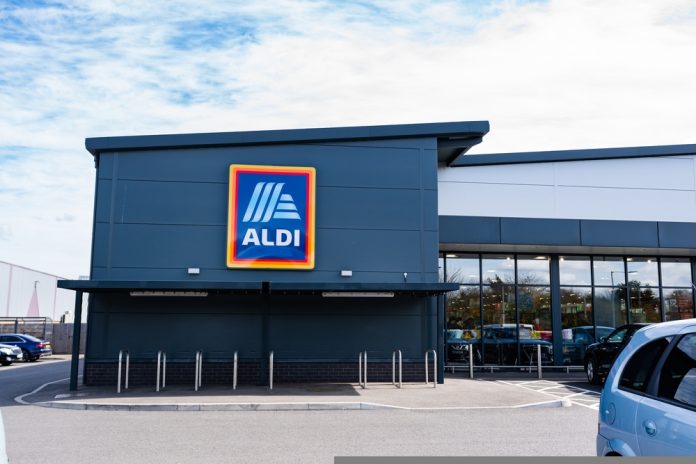 Aldi has overtaken Morrisons to become the UK’s fourth-largest supermarket group over the last three months as shoppers tightened their purse strings.

Although Aldi leapfrogged Morrisons’ market share in August on a monthly basis, this is the first time this has happened over the 12 week period reported by data analysis firm Kantar.

Aldi UK & Ireland chief executive Giles Hurley said: “Shoppers are prioritising value like never before and voting with their feet by choosing Aldi over full price traditional supermarkets. “We are doing everything we can to make food shopping as affordable as possible for millions of households… without compromising on quality.”

Kantar’s figures revealed that grocery price inflation hit a record high of 12.4% in August, adding £571 to the average annual grocery bill. Milk, butter and dog food had jumped up especially quickly at rises of 31%, 25% and 29% respectively.

Kantar head of retail and consumer insight Fraser McKevitt said: “Back at the start of the 2010s, Tesco, Sainsbury’s, Asda and Morrisons together accounted for over three quarters of the sector but that traditional big four is no more.”

He said an expanded shopper base had led to “dramatic sales increases” for Aldi and Lidl in recent months, and that across all supermarkets, sales of the cheapest value own label products are up by a third compared to a year ago.

“In what is a fiercely competitive sector, supermarkets are reacting to make sure they’re seen to acknowledge the challenges consumers are facing and offer best value, in particular by expanding their own-label ranges,” McKevitt said.

Kantar said total grocery sales by value rose 3.8% in the 12 week period, with sales of the very cheapest own-label products up by a third compared with a year ago, pushing own-label’s share of the market to 51.1%.

While Iceland won market share in the latest period and its sales were 5.8% higher than in 2021.

The Uk’s biggest retailer‘s market share now stands at 26.9% following a 1.9% boost to sales, while Asda currently holds 14.1% of the market following 2.2% sales growth. Sainsbury’s accounts for 14.6% of the market.

Will Tesco’s move to self-service checkouts pay off?