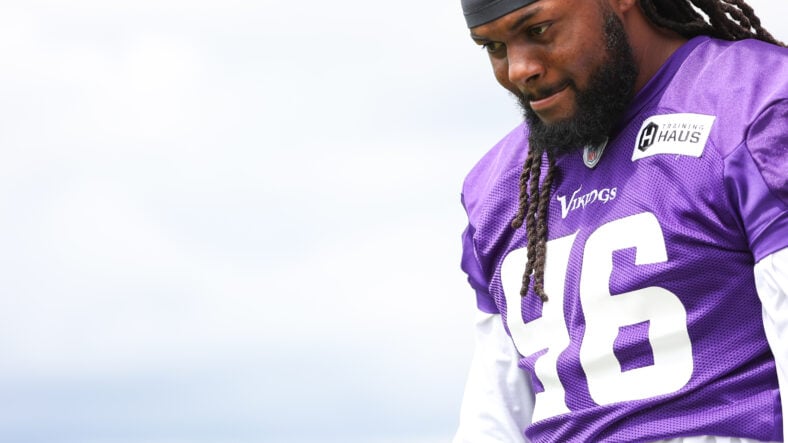 On the day after the Minnesota Vikings shockingly released Armon Watts, the 26-year-old joined a primary rival in the Chicago Bears.

According to the Vikings depth chart, Watts was a starting defensive end before Monday inside the team’s brand new 3-4 defense. But when roster cuts trickled out on Tuesday, Watts was arguably the most surprising name on the chopping block.

Watts, who is playing on an affordable rookie contract, then hit waivers, enabling all 31 NFL teams to contemplate his candidacy. Chicago was seventh on the wavier wire for priority and scooped Watts after six other teams declined. And to offset the release of Watts, the Vikings traded for DT Ross Blacklock from the Houston Texans minutes later.

The Bears made a flurry of waiver pickup in addition to Watts, onboarding these players:

No team added more waiver players than Chicago. Watts figures to take over for DT Khyiris Tonga, who the Bears cut on Wednesday.

Watts will presumably battle Angelo Blackson and Justin Jones for a starting job, the two men listed as the Bears starting defensive tackles on the depth chart.

With the Vikings, Watts broke out in 2021 in the absence of Michael Pierce. The ex-Vikings nose tackle, Pierce, missed nine games last year, allowing Watts to see the field en route to a 61.6 grade from Pro Football Focus. Watts recorded 46 total tackles, 10 QB Hits, and five sacks in Pierce’s stead — enough to win the forecasted starting job with the Vikings this summer. But no cigar in Minnesota for the Arkansas alumnus.

Former general manager Rick Spielman found Watts in the 6th Round of the 2019 NFL Draft. He’d later play 40 games for the Vikings, most in a reservist role.

The Vikings will get an early look at Watts in 2022 as the Bears travel to Minneapolis in Week 5 for an NFC North battle. Minnesota hasn’t hosted Chicago for a game in the months of September or October since 2006. Normally when the two teams lock horns at U.S. Bank Stadium, it’s to end the regular season.

Former Vikings Khari Blasingame, Riley Reiff, and Trevor Siemian also made the Bears 53-man roster. Dakota Dozier and Tajae Sharpe are employed by Chicago but are on injured reserve.

Snapchat to Lay Off 20% Workforce, Reveals Plans of Restructuring

Explained: The Unforeseen Items Learned about the Vikings in Week 1

Vikings Territory Breakdown: The Calm Before the Camp – Defense

Justin Jefferson Gets to Mentor the Meme