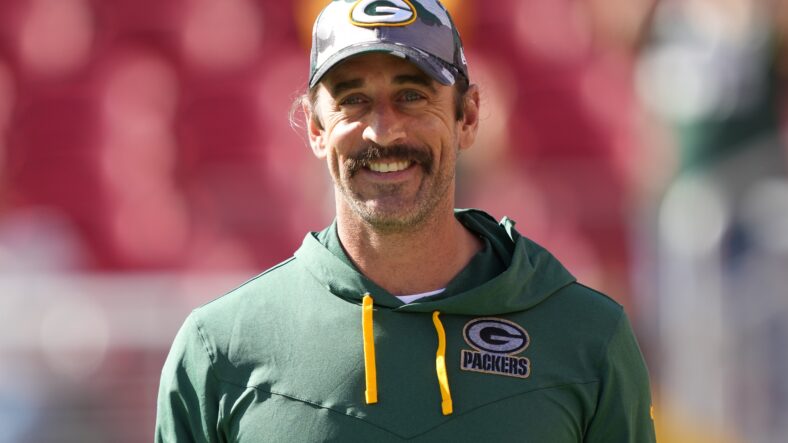 The Green Bay Packers are the odds-on frontrunner to win the NFC North for a fourth consecutive year, but the team’s wide receivers need to get with the program, according to quarterback Aaron Rodgers.

Entering his 18th season, Rodgers told reporters on Tuesday about the pass-catching corps, “The young guys, especially young receivers, we’ve got to be way more consistent. A lot of drops, a lot of bad route decisions, running the wrong route. We’ve got to get better in that area.”

Green Bay was downed by San Francisco in its first preseason game — the same team that ended the Packers 2021 playoff dreams — 28-21 at Levi’s Stadium. Rodgers didn’t play, but QB2 Jordan Love accounted for two passing touchdowns and three interceptions during an up-and-down showing.

The Packers need the current WR group to jell immediately as the club no longer has Davante Adams to deodorize any tomfoolery. Green Bay traded Adams to the Las Vegas Raiders — who just beat the Minnesota Vikings in the preseason — for draft picks that led to the additions of Quay Walker (LB) and Christian Watson (WR).

While Rodgers used enough tact not to chide specific players by name, he was commenting on a relatively unproven assortment of wide receivers. This is the Packers current WR squad:

And Green Bay should relish the fact Rodgers is the quarterback because with a “normal” passer in charge — instead of a future Hall of Famer — the reaction to that level of talent would be yikes.

But this Rodgers, after all, and the Packers should be fine. Adams will be missed, but Rodgers has a history, like Tom Brady, of empowering otherwise unknowns to stardom.

In the last five seasons, Adams leads the NFL in receiving yards (6,195) and receiving touchdowns (57). So the Packers aren’t merely replacing a Wes Welker-type; Adams is the top wideout in the world in the opinion of most pundits.

Romeo Doubs, a 4th-Round pick by Green Bay in April’s draft, is the current darling at Packers training camp. The role some believed rookie Christian Watson would inhabit, at least in terms of preseason hype, is filled by Doubs with the regular season three weeks away. Rodgers and the Packers will soon determine if Doubs’ summer smoke turns to regular-season fire.

If not, Green Bay can lean into its running backs, showcasing a fearsome twosome in Aaron Jones and A.J. Dillion. The Packers don’t typically fancy a run-first approach, but Jones and Dillion have the muscle to run the show on offense when called upon.

The Packers start the season at U.S. Bank Stadium against the Vikings in 24 days. Minnesota has never hosted Green Bay for a Week 1 game with fans in attendance.

Are the Vikings Doomed at Kicker?