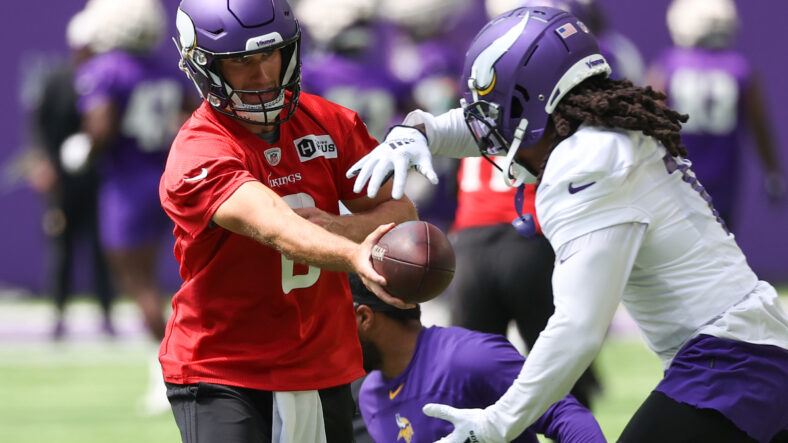 This upcoming weekend, the Minnesota Vikings will take on the Las Vegas Raiders in their first preseason matchup of the 2022 season. That’s right folks, we’ve made it through the last weekend without football games until February. Obviously, especially during these first two preseason games, we likely will see very little of the starters. That means this first exhibition against the Raiders will almost exclusively give snaps to backups fighting for spots on the final 53-man roster.

Luckily, we’ve already gotten a chance to see the Raiders play a preseason game as they took on the Jaguars last week in the Hall of Fame Game. Based on that matchup as well as some things we’ve seen from Vikings training camp, here are a few things to watch for this weekend as the Vikings head to Las Vegas.

Can the Run Defense Slow Down the Raiders?

The Raiders have a talented trio at running back in Josh Jacobs, Kenyan Drake, and rookie Zamir White. Las Vegas didn’t play too many of their starters last week against the Jags, but all three of these players took snaps out of the backfield. Drake only picked up nine yards on his five carries, but Jacobs and White combined for 82 yards on their 16 carries. Journeyman RB Austin Walter also racked up 49 yards and a touchdown on his eight carries in the Hall of Fame Game.

Over the past two seasons, the Vikings run defense has been a severe weak point. Now, with the acquisition of Harrison Phillips and emergence of Jaylen Twyman this summer, Minnesota is hoping to be much improved in this area of their defense in 2022.

Phillips and Dalvin Tomlinson probably won’t see snaps in this preseason opener, but Twyman likely will. If Minnesota can keep Las Vegas’ running game in check, especially if Drake, Jacobs, and White continue to see snaps, that is the first step in the right direction for this group.

A Big Test for the Offensive Line

Once again, the Minnesota Vikings interior offensive line, and especially its depth, are in question ahead of the 2022 season. The center position is an open competition at this point, and Jesse Davis, while favored to win the starting right guard spot, is dealing with a lingering knee injury. Again, very few of the starting offensive linemen will see snaps this weekend, but the backups will get a good test against some of the young Raiders.

In particular, linebacker Divine Deablo had a strong game in limited playing time last Thursday. In 10 snaps, he recorded three tackles and a pair of stops in the running game. It would seem like the emerging star would get a few more snaps this weekend against the Vikings, and EDGE Malcolm Koonce should see playing time again as well.

Koonce was a nuisance against Jacksonville all night in Canton, piling up three pressures in 29 snaps. We should see a lot of Oli Udoh and Blake Brandel at the tackle spots against Koonce this weekend, who is becoming a favorite to be the first EDGE off the Raiders bench when the season officially starts. This will be a good test to gauge where some of these backup o-linemen are at against a very talented defense.

Thus far into camp, one of the biggest storylines has been the emergence of both Andrew Booth and Cam Dantzler at cornerback. Dantzler is another player who probably won’t see more than a series of snaps this weekend, but Booth should get a good chunk of snaps in his first NFL preseason game.

Put simply, the majority of the Raiders receivers did not play well against Jacksonville. In particular, Keelan Cole had one outburst for a 31-yard reception on a tipped pass, but that was the entirety of his production for the game. He also had a bad drop in the first half of the game and never truly seemed comfortable against the Jaguars defense.

Against these backup receivers for the Raiders, Andrew Booth should have a field day considering how well he’s done against the Vikings receivers in practice. That said, it’s a lot easier to perform well in your own system where you have some semblance of an idea of what’s coming. It will be fun to see how he does against a different team and different receivers, but I suspect it will be a very successful day for the rookie cornerback.

The Vikings and Raiders will face off in Las Vegas this coming Sunday, August 14th at 3:25 PM Central. 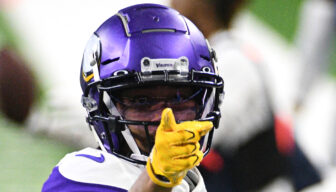 San Diego’s ‘Parks After Dark,’ Free Fun for All Through August