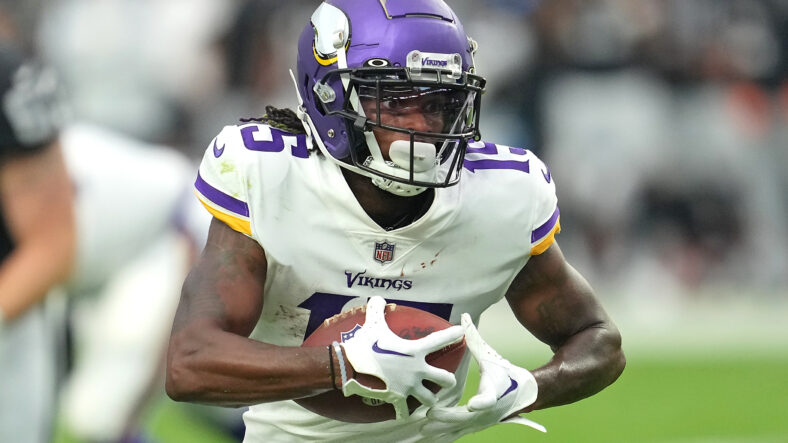 The Minnesota Vikings lost their third and final preseason game and finished the exhibition schedule with a record of 0-3. However, like the losses against the Raiders and the 49ers, the Broncos game revealed some Vikings winners.

The guard didn’t play a snap, and that’s precisely why he’s the winner. Jesse Davis played with the second-team offensive line — Brandel, Davis, Schlottmann, Reed, Udoh — while Ingram could rest. He has clearly clinched the starting spot. Head coach Kevin O’Connell said that it’s trending the way that Ingram has won the job.

Barring a surprise move, the Vikings starting offensive line in Week 1 against the Green Bay Packers will be — Darrisaw, Cleveland, Bradbury, Ingram, and O’Neill.

The former LSU guard and second-round pick had two stunning games to open the preseason and looked great in training camp. He will be much-needed help for the struggling interior offensive line.

The cornerback was a 2019 seventh-round pick and will enter his fourth season as a Viking. His roster spot, however, isn’t as safe as in the past. Patrick Peterson, Cameron Dantzler, Chandon Sullivan, Andrew Booth, and Akayleb Evans will occupy five spots. If the Vikings keep a sixth, he has to beat out backup nickel cornerbacks Nate Hairston and Parry Nickerson. Hairston is especially interesting because he played for Ed Donatell in Denver.

Boyd had a phenomenal game against the Broncos. He had seven tackles and two pass breakups. The veteran made a lot of nice plays. His problem is the consistency, as he always has some bad reps mixed in. In addition to his play on defense, he’s a fantastic special teams player. It’s far from secure, but Boyd certainly made his case for a roster spot.

It was the first game action for the guard in a Vikings uniform. He was signed to compete for the starting right guard job, but that ship has sailed. Now, he’s competing for a backup spot and is slowly transitioning to center. Reed had a phenomenal game in run and pass blocking, consistently opening holes and keeping opponents away from the quarterback. It was obvious why Colts fans didn’t want to lose the player in free agency.

The Vikings may keep just one of Schlottmann and Reed. Schlottmann is looking good in the preseason as well, but Reed made his case to be the top Vikings backup for all three interior offensive line spots.

The Vikings were supposed to have a ‘punt off,’ but the team just cut Jordan Berry instead. Wright took over and immediately showed why he won the job. He had four punts for 225 yards, which equals 56.3 yards per punt. Three of them landed inside of the 20-yard line. He also had a phenomenal punt that just stopped bouncing towards the end zone.

Punters can be game changers, and the Vikings might have found a good one.

The kicker hit a 58-yard field goal. Wright was holding. He had a phenomenal camp and could be the best kicker the Vikings had in a while. Joseph may be in line to make some franchise history in 2022.

The running back has been turning heads all preseason, and Saturday’s game was not any different. He just needed five carries to record 44 yards. Chandler deserves to be involved in the offense, even if that means scaling back Mattison’s touches.

The tight end had a dreadful game against the 49ers with three drops but showed his potential in the final preseason game. Davidson had four catches for 47 yards.

Smith-Marsette probably clinched the punt returning job with a 21-yard return. His only one of the day. He also played a big role on offense, as ISM had three catches for 63 yards. His big-play ability will be important, as defenses will focus on Justin Jefferson and could forget about ISM.

These 6 Teams Will Make the NFL Playoffs in 2022