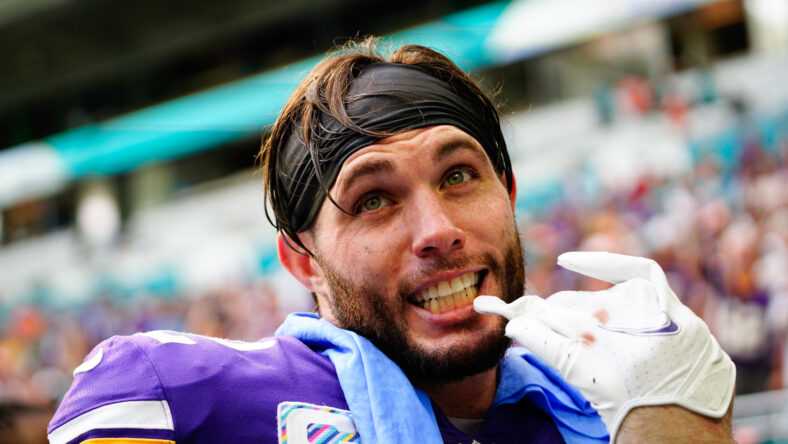 The Minnesota Vikings host the Dallas Cowboys at U.S. Bank Stadium this Sunday. Dallas leads the series 18-15 in games dating back to 1961.

The Cowboys garnered that lead by winning four of the last five meetings, including the previous two. Funnily enough, the Vikings faced the same scenario with the Bills last week.

The last six meetings between these two teams have been one-score games. Considering the Vikings record in such games this season, this one would seem obvious for a betting man. I am not a betting man. I’m in the business of bold predictions, and this brings me to my first.

Even though all signs point towards a close game, in the Vikings Territory staff predictions, I went out on a limb and predicted a big Vikings win. A score of 35-21, to be precise, means a 14-point swing in favor of the good guys. It would be the first time Minnesota wins a game this season by more than one score.

On the surface, it doesn’t seem an obvious game to make this prediction. However, I don’t believe the Cowboys defense will be able to handle this Vikings offense. Dallas will need to score heavily to stay in touch if the Vikings can get out in front and force the Cowboys to chase the game. Dak Prescott and co will be forced into mistakes, and the Vikings will grab a big win.

Cook and Pollard Rush for Over 100 yards

Both teams want to establish the run early and keep pounding the rock. Minnesota and Dallas both have the running back to do it. The bulk of the workload for the Vikings will be on the shoulders of Dalvin Cook. Although Ezekiel Elliott is set to return following a knee injury, I expect Tony Pollard to maintain most of the workload for the Cowboys, especially given his success over the two games Elliott has missed.

Pollard has registered back-to-back 100-yard games. Meanwhile, Cook has gone over 100 yards in two of his last three games. My second bold prediction is they both do it again this week. I’m saying 100+ rushing yards for both Cook and Pollard.

So far this season, the Vikings (10) and the Cowboys (7) have combined for 17 interceptions. They have also given away 15 interceptions between them. In short, expect defensive players to make plays on the ball in this one. My final bold prediction is that this game will have five interceptions.

Who gets them? Hopefully, the Vikings get more than the Cowboys, but I won’t be too upset if the Vikings turn the ball over. If, and this is a big if, it means the Vikings are continuing the aggressive passing game we saw against the Bills, particularly in the second half last week. Playing that way leads to more chances of a turnover but also gives Justin Jefferson more opportunity to produce something magical. I’m.backing Jefferson every time.

How Can the Vikings Beat the Cowboys?

Adam Thielen May Have His 2022 Moment to Shine

The Vikings 2022 Defense by the Numbers after Week 16