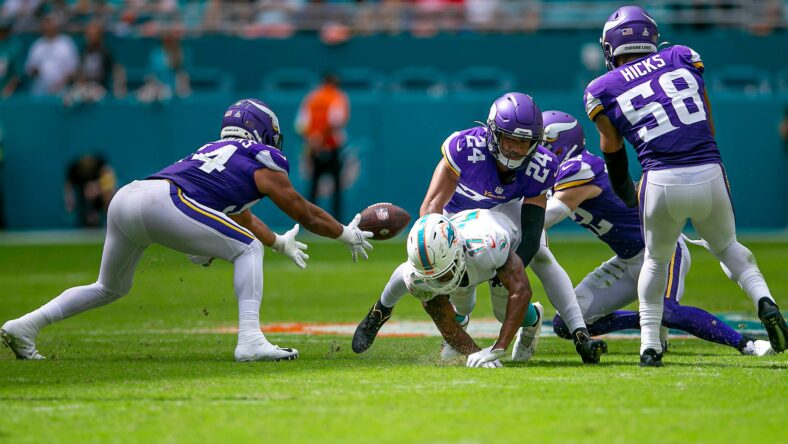 Each week, VikingsTerritory monitors, documents, and stores the 2022 Minnesota Vikings odds in this single spot.

The Vikings (5-1) play the Arizona Cardinals (3-4) at U.S. Bank Stadium on Sunday. But first, Minnesota had its bye week, a time to refresh, admire the fancy 5-1 start, and prepare for the final 11 regular season games.

The Cardinals are treading water at 3-4, winning on Thursday Night Football in Week 7 and seemingly saving head coach Kliff Kingsbury’s job. A home loss to the underachieving New Orleans Saints could’ve been the dagger for the Kingsbury-Murray experiment, with Kingsbury as the odd man out. But that’s moot now, as Kingsbury and friends attempt to win two in a row in Minneapolis.

Offensive Player of the Year

Defensive Player of the Year

Coach of the Year

Offensive Rookie of the Year

Defensive Rookie of the Year