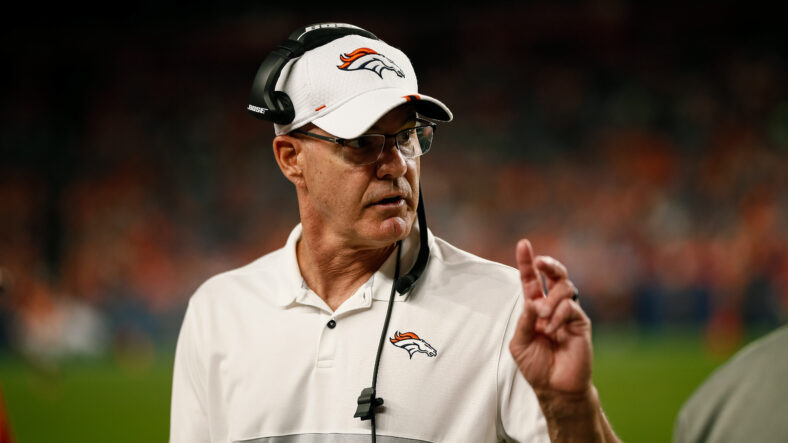 Minnesota Vikings training camp is underway as the team determines a depth chart, plus offensive, defensive, and special teams systems for the 2022 season.

Much of the team is new — mainly the leadership — as Minnesota hired a new general manager and coaching staff in the winter. The Vikings hope to sidestep the mediocrity that sunk the team in 2020 and 2021.

One of the new leadership personalities is Ed Donatell, the team’s defensive coordinator who last coached for the Denver Broncos. A disciple of Vic Fangio, Donatell brought his 3-4 defensive scheme to the Vikings.

And on Thursday, Donatell called two of his defenders a “coach’s dream.”

These are those men.

A Vikings mainstay, Smith has been with the team since 2012. He was drafted in the 1st Round of the 2012 NFL Draft and has emphatically not disappointed.

Too, Smith, who is 33 years old, is still a top safety around the NFL, ranked seventh by ESPN in its annual safety rankings for the upcoming season. Smith fired up a 77.9 grade from Pro Football Focus in 2021, signaling no age-related decline in sight.

Eventually, Smith will lose a step. Even when that happens — it could be this season — his performance will still stand out and rank him highly among safeties leaguewide. His trickiest challenge “these days” is balancing a hard-hitting modus operandi with the NFL’s shift to protecting offensive players. When Smith entered the NFL, knocking heads off was still quasi-acceptable. Now, though, defenders walk on eggshells.

Tomlinson arrived to the Vikings during the 2021 free agency period, one of the few players to sign a two-year deal instead of one. Indeed, former general manager Rick Spielman handed out a litany of one-year contracts in his final season as boss.

But Tomlinson wasn’t one of them, and he’ll presumably be back in the role he played with the New York Giants for four years — nose tackle. Inside Mike Zimmer’s 4-3 defense in 2021, Tomlinson played the three-technique defensive tackle position, but with the departure of Michael Pierce, who played NT last year, to the Baltimore Ravens, Tomlinson should return to his roots.

Tomlinson, almost quietly, had a wonderful season during his first Vikings adventure. His PFF score of 74.9 was the fifth-best on Minnesota’s entire roster, outpacing Adam Thielen, Brian O’Neill, Eric Kendricks, Dalvin Cook, and Patrick Peterson, among others.

How Crucial is the Vikings CB Swap?

Vikings Podcast: What are the Vikings Playing for Now?