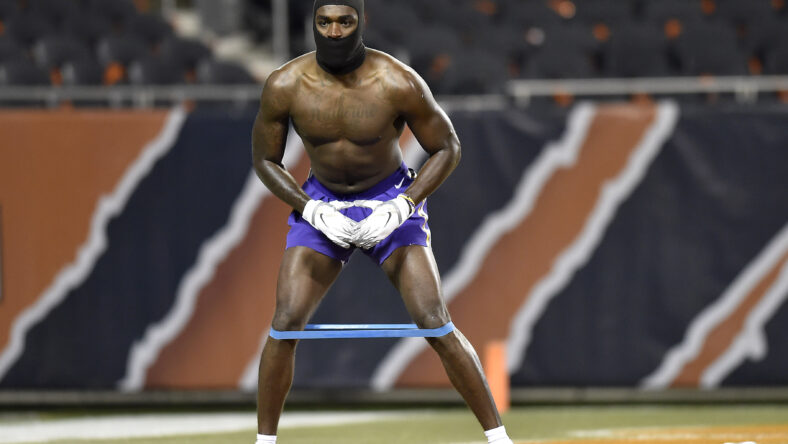 When the Minnesota Vikings face the Dallas Cowboys on Sunday, they’ll see at least one familiar face — and perhaps two.

Jayron Kearse will once again enter U.S. Bank Stadium as a guest, and with a little injury-recovery luck, Anthony Barr will see his former team, too.

Kearse departed the Vikings after the 2019 season — the last time Minnesota reached the postseason — and landed with the Detroit Lions for a year. Then in 2021, he joined the Cowboys. Barr followed suit a few months ago.

Oddly, Kearse didn’t truly blossom until after leaving the Vikings. He started five games in Minnesota but played in 62 total Vikings contests. The Clemson alumnus made a thumbprint on defense at times during the 2019 season but was primarily a special teams contributor throughout his Vikings tenure, 2016-2019.

The safety fired up an impressive 76.9 Pro Football Focus grade in 2021 as the Cowboys primary starter. The score has dipped in 2022 to 64.6, but Kearse remains Dallas’ starting strong safety next to Malik Hooker.

He encountered some legal trouble during his final year in Minnesota, which perhaps led the former front-office regime, led by Rick Spielman, to deprioritize Kearse’s return.

On Barr, well, he just left. The linebacker was the very first draft pick of the Mike Zimmer era in 2014, and Barr remained a Zimmerian mainstay from 2014 to 2021. His employment with the Vikings precisely aligned with Zimmer’s, the only such former Vikings player to own the distinction.

When the 2021 regular season capped, Barr said goodbye to Vikings fans on social media and hit free agency. But he didn’t sign on the dotted line with anyone until August. This season, Barr has played in eight games, starting four, and has recorded 31 tackles, 2 QB Hits, 1 tackle for loss, and a 56.1 PFF grade.

Recently, though, the four-time Pro Bowler has battled a hamstring injury and didn’t play in Week 10 at Green Bay. We shall see if he’s available against the Vikings.

The Vikings are 15-18 (.454) all-time versus the Cowboys. Dallas is a one-point favorite this weekend. The Cowboys defense ranks fifth in the NFL per EPA/Play.

Another Minor Injury Surfaces for Vikings

Why the Vikings Must Beat the Jets

3 Bold Predictions for Vikings at Bills